Noted was the market-based approach in which government policies in general complemented and facilitated the functioning of the market, rather than substituting for it.  Other factors that contributed to Korea’s successful transition to the knowledge economy includes the export-led industrialization that induced Korean industries to invest in R&D to improve productivity to compete in the global market, and the strong government leadership whose role appropriately evolved over time together with needs of economy, and the use of a top-down and bottom-up approach to build a national consensus for implementing economy-wide reforms. ( Lees het overzichtsdocument hier)

However, the Korean economy is not without current challenges.  The Korean education system has yet to evolve before it can fully meet the needs of the knowledge economy.   Currently, teaching programs are too teacher-centered, one-way, focuses on rote memorization, lacks diversity, and too centrally controlled by the Ministry of Education.  As a result, the Korean youth are inadequately creative and lack initiative.  To nurture creativity and independent thinking, the education system needs to become more flexible and allow higher education institutions to be more entrepreneurial, accountable and responsive to industrial needs. (Lees hier het uitvoeriger document hierover)

In terms of the innovation system, a disproportionate amount of R&D is currently being conducted by private sector, in particular the Chaebols, which makes R&D expenditure too volatile and sensitive to the business cycle.  In addition, there is an over-focus on applied R&D and insufficient attention on basic sciences R&D, which is necessary for long-term S&T development.  There is also inadequate coordination and collaboration between the government research institutes (GRIs), the universities and the private sector.  These shortcomings of the Korean education and innovation systems have persisted for some time and Korea may encounter difficulties in sustaining its economic growth if these issues are not properly resolved soon. 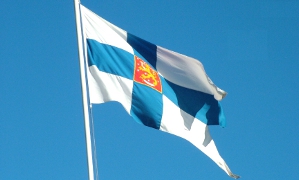