China was one of the first repressive regimes to realise it couldn’t do without the Internet and so it had to be brought under control. It’s one of the few countries that’ve managed to block all material that criticises the regime while expanding Internet facilities. What’s the big secret? A clever mix of investment, technology and diplomacy.

Beijing has spent tens of millions of dollars on the most sophisticated Internet filtering and surveillance equipment. The system is based on a constantly-updated blacklist of websites. Access to “subversive” ones – a very broad notion that includes pornography, political criticism and sites that are pro-Tibet or favour Taiwanese independence – is then blocked at the level of the country’s Internet “backbones” (major connection nodes). But censorship doesn’t stop there and the regime can automatically bar access to sites in which “dubious” keywords, or combinations such as “tianamen” + “massacre,” are spotted.

The regime can also censor online discussion forums almost instantly. State-of-the-art software and a cyber-police thought to number tens of thousands have enabled it to gut online forums (very active in recent years) of virtually all political dissent. A call for free elections, for example, has a maximum online life of about half an hour. The ministry of industry and information has also zeroed in on blogs and done a deal with China-based blog platforms to censor users. So a post about the Dalai Lama will appear online full of automatically-inserted blank spaces in place of “illegal” words.

But how did China get hold of such advanced and effective censorship equipment when only a decade ago the country had no major Internet firms? With the help of big US companies, led by Cisco. These firms, to get a slice of the enormous Chinese market of already more than 100 million people online, have closed their eyes to how their technology is being used. Some have probably worked directly with the regime to set up filters and surveillance.

Beijing has even got the world’s major search-engines to go on bended knee. Yahoo! agreed a few years ago to remove all material offensive to the regime from its Chinese version. For a long time, Google refused but now seems to be moving in the same direction.

The country’s police and courts also treat very harshly website editors who don’t obey the rules laid down by the governing Communist Party. 75 cyber-dissidents are currently in prison for trying to post independent news online, some of them serving sentences of more than 10 years.

So before you set up a blog in China, it’s best to find out what the rules are. Bloggers living in the country holding the world online censorship title have to be cautious and crafty.

Vietnam faithfully follows China’s example, but though it’s more ideologically rigid, it doesn’t have its neighbour’s economic and technological capacity. It has a cyber-police that filters “subversive” material out of websites and spies on cybercafés. But it cracks down just as hard on cyber- dissidents and bloggers. Three have been in prison for more than three years for daring online to speak up in favour of democracy.

President Zine el-Abidine Ben Ali, whose family has a monopoly on Internet operations in Tunisia, has set up a very effective system to censor online activity. Access to all opposition websites is banned and users also can’t see quite a few news sites, such as the French daily paper Libération. The regime also tries to dissuade people from using webmail, which is harder to spy on than standard e-mail systems such as Outlook Express. Getting on to Yahoo! mail in a Tunisian cybercafé can take 20 minutes, often ending before then with a “timed out” or “page not found” message. The Reporters Without Borders website can’t be read from inside the country.

Yet the international community seems to approve how Tunisia locally runs the Internet, since the UN- affiliated International Telecommunication Union (ITU) has chosen the country to host the November 2005 World Summit on the Information Society (WSIS). The idea that Tunisia is a model of Internet development is a chilling one.

Online censorship isn’t only done by communist regimes in Asia. Filtering systems in Iran have greatly improved in recent years and the information ministry boasts that it currently blocks access to hundreds of thousands of websites. The country’s mullahs especially target all content dealing in any way with sex but also they also don’t tolerate independent news sites.

The regime is capable of the worst censorship and also set a record in 2005 by throwing nearly 20 bloggers in prison over the preceding 10 months. Three of them were still there on 1 August 2005.

The Cuban regime is well-known for its phone tapping expertise but it’s also very good at censoring the Internet. The Chinese model of encouraging online activity while controlling it is too expensive, so President Fidel Castro has plumped for an easier way – simply keeping the Internet out of reach of virtually all Cubans. Internet access in Cuba is the privilege of a tiny few who have to get express permission from the ruling Communist Party. Even when you do get online, often illegally, you find a heavily-censored version of the Internet.

Few people know that Cuba is one of the least Internet-connected countries in the world and that online material is as tightly controlled as in the traditional media. Why don’t people know this? Perhaps because of the still-powerful myth of the Cuban revolution.

The Saudi authorities openly admit they censor the Internet. No “page not found” like in China. When you try to go to a banned site, you’re told straight out it’s been blocked by the government’s filters. The official Internet Service Unit (ISU) is proud to tell you it’s barred access to nearly 400,000 sites and has even posted a form online for users to suggest new websites that could be blocked. The ISU says it filters sites to shield citizens from offensive material violating Islamic principles and social norms.
It’s also interesting to note that a US firm, Secure Computing, sold the regime its online filtering system.

“There’s no way to censor the Internet in this country,” the Uzbek information minister said in June 2005. An odd statement when all the country’s opposition websites can’t be accessed and when online journalists are regularly threatened and physically attacked. 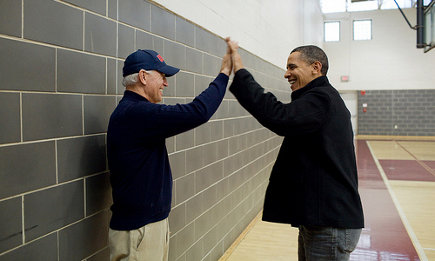 Obama’s revolution on the web

Lame duck? On the contrary it seems. Barack Obama...