De EU-Observer geeft de volgende nadere gegevens en achtergronden:
The EU has failed to meet a key target set in 2001 to increase the number of people with jobs in order to meet the challenge of an ageing society, new Eurostat figures have revealed. EU leaders meeting in Stockholm in 2001 agreed that in 2005, at least 67 percent of people in the union aged 15-64 should be employed in order to finance rising pension and social costs due to an ageing population.But figures released by Eurostat, the EU’s statistical office, revealed on Monday (11 September) that only 63.8 percent of EU citizens in that age group had a job in 2005.

The goal set by heads of state and government in 2001 was agreed as an interim target as part of the EU’s so-called Lisbon strategy, designed to make the bloc more competitive by 2010. In 2010, the EU’s employment rate should hit 70 percent – but this “Lisbon” goal now appears likely to be missed as well, with the rate growing only very slowly. EU leaders in 2001 formulated their goal before the bloc’s 2004 enlargement – but also even if the ten new member states are left out of the picture for 2005, the union’s targets would be missed.

Disparities between member states are even larger when looking at the number of women with a job – for whom the EU had formulated a separate employment rate target of 57 percent in 2005. Denmark, Sweden, Finland, the Netherlands and the UK easily exceeded this goal – all reporting rates above 65 percent – but in Malta, Italy, Greece and Poland, less than half of women between 15 and 64 years of age had a job. 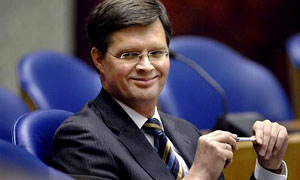