Data from Hubble provides supporting evidence to help astrophysicists to understand the nature of dark energy. This will allow them to begin ruling out some competing explanations that predict that the strength of dark energy changes over time,” meldt de Nasa.

“Although dark energy accounts for more than 70 percent of the energy of the universe, we know very little about it, so each clue is precious,” zegt Adam Riess, van het Space Telescope Science Institute en Johns Hopkins in Baltimore, die leiding geeft aan dit Hubbleproject. “Our latest clue is that the stuff we call dark energy was relatively weak, but starting to make its presence felt nine billion years ago.”

Researchers also have found that the class of ancient exploding stars, or supernovae, used to measure the expansion of space today look remarkably similar to those that exploded nine billion years ago and are just now being seen by Hubble. This important finding gives additional credibility to the use of these supernovae for tracking the cosmic expansion over most of the universe’s lifetime. Supernovae provide reliable measurements because their intrinsic brightness is well understood. They are therefore reliable distance markers, allowing astronomers to determine how far away they are from Earth. These snapshots, taken by Hubble reveal five supernovae and their host galaxies. The arrows in the top row of images point to the supernovae. The bottom row shows the host galaxies before or after the stars exploded. The supernovae exploded between 3.5 and 10 billion years ago. 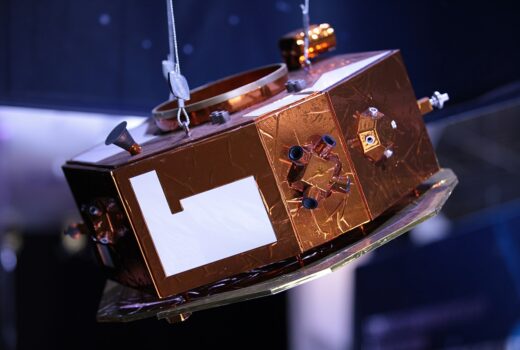 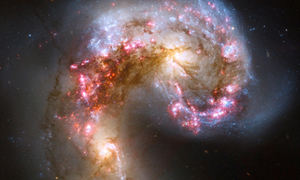