Presentation of the High Jury Report

What can be a greater privilege than to hand out distinctions? I would not know. I can say that all the members of the Jury I represent as chair feel the same. These were:

My name is Jo Ritzen, President of Maastricht University. It was our great pleasure to get acquired – if only on the surface – with the very best of the European researchers: the cream of the European crop.

Europe’s place in the world in the years to come is not just a guess, a toss up. It is the result of a series of decisions on what we – as Europeans – want Europe to be. In the area of science and technology Europe certainly has lost ground in the past decades. And with equal certainty one can say that the decisions to create a European space for higher education and research have contributed to a new momentum, which we hope and trust will continue in the years to come.

We have lost ground. The US continues to be a heaven for top researchers. This can be well exemplified with the Thompson Scientific Citation Laureate Profiles. This is a list for 2006 of 27 potential candidates for the Nobel Prize in Chemistry, Economics, Medicine and Physics. Of the 27 potential candidates, 18 reside in the US, 8 in Europe and 1 in Japan. Note that all those residing in Europe were born and raised in Europe. But of the 18 potential Nobel Prize winners who reside in the US , only 10 were Americans born and raised. The others are 6 Europeans and 2 Indians by birth. Another way of putting it is that of the 14 Europeans by birth and upbringing which have a good chance to win a Nobel Prize a full 44% (namely 6)  left Europe at some point to go to the US. Or: if we would have been able to provide an attractive research environment in Europe, then half of the potential Nobel Prize candidates would have been European and only 37% American.

This is just one of the many illustrations one can give of the brain drain which Europe has experienced. There may be many explanations, but the most likely is that the US academic and research climate was and often still is much more attractive than the European one. The challenge for Europe is to make its academic and research climate more attractive. The European nations have taken this challenge serious by valiantly adopting the Lisbon goals. But many European nations have embarked on the erroneous course of regulating its universities into a better climate, ignoring the evidence that its regulation might be counter productive. As a former minister, now university president, I have seen with increasing concern the efforts in my own country to regulate universities into a behavior which is not improving the space for top academic thinking. In my capacity as participant in OECD examinations of the higher education and research policies of Ireland and Denmark, I have seen the same.

I strongly believe that the best measure to improve the European climate is to expand and strengthen the European research space. This means that Europe is the platform for top research and that those who are the top researchers in individual counties deserve a European distinction – when that is appropriate. It means the release of research from its national confines and determination. In the past decades Europe has built up speed in abandoning the prisons of national research policies and embarking on a truly European space with many more chances for European researchers to find in Europe the climate for demonstrating brilliance in inquisitiveness and in pushing back the boundaries of understanding.

The Marie Curie Fellowships are an important part in this European approach. The Excellence Awards are an essential part of this program. They demonstrate the tremendous accomplishments of these who participated in the Marie Curie Fellowship program. The nominees for the awards show how the top of the fellowship mountain looks like, giving at the same time the hunch, the impression of the broad base which is needed to support such a majestic top.

Majestic is the top of the nominees for the Marie Curie Fellowship Award. All of the nominees have an impressive record in terms of publications and in terms of the way they have contributed with the new understanding they gained through their research to society. These is just one thing which I found striking in the records of young, top scientists. Every year the number of publications in top journals seems to increase. It looks like every new generation is running the 100 meter faster, throwing the spear further, in short: accomplishing more.

It is with great admiration for the accomplishments of these nominees that I present to you the findings of the jury. The jury evaluated 12 candidates which were short listed by a panel meeting of no less than 57 rapporteurs, out of 63 eligible proposals. The panel selected these 12 for having achieved the most excellent scientific results. Our in depth evaluation focused on the value of periods of mobility and transnational training in the evolution of their scientific career, their profile in terms of European and international scientific co- operation, and the prospects for disseminating the research results achieved to a wider public. As a result of our deliberations, the Grand Jury recommends the following 5 candidates to be awarded the Marie Curie Excellence Award 2006 (in alphabetical order):

It is my privilege to congratulate the Award winners and their family and friends with this tremendous distinction. 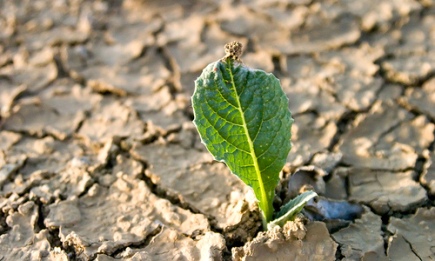 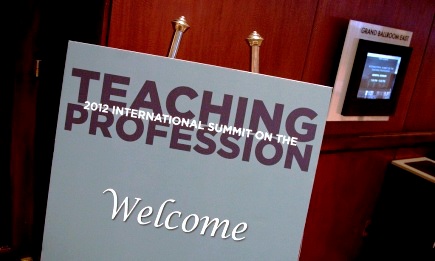 Teaching excellence takes the next step