“Europe was very far for us,” Bronislaw Geremek describes the years of Europe’s founding fathers seen from the Eastern side of the iron curtain. “There was a feeling that what happened in western Europe did not concern us, that western Europe was of little interest to us,” the Polish member of the European Parliament tells in his Brussels office. Mr Geremek – who became known as a leading anti-communist dissident in the 1970s and 1980s – was in the 1950s just starting his impressive academic career as a medieval historian, studying in Paris between 1956 and 1958.

It was “extraordinary” for him to see that France and Germany could so shortly after World War II reconcile their differences. But central Europe was focused on other historic events, he remembers. “1956, that was first of all the workers resurrection in Poznan in June, and then the events in Warsaw bringing the leadership of Wladislaw Gomulka to power, and the revolution in Budapest.” For Poland, the relatively reformist communist leader Mr Gomulka in 1956 briefly revived hopes of freedom from the Soviet yoke – but the regime soon turned back to its repressive instincts. It would take communist-ruled central Europe over three decades to have any prospect of joining the European project, with Mr Geremek’s Solidarnosc activities earning him one-year imprisonment in a Warsaw jail in 1981-1982. He recounts that as European integration developed during the Cold War, gradually a “feeling” emerged in Poland that the then European Community “was shaped on the basis of European values… and that therefore there would also be a place for us.”

The bitter Cold War reality
But Mr Geremek’s first encounters with EC officials in the 1980s did little to stimulate this feeling. “1981 was the period of 500 days of freedom in Poland – Solidarnosc, a movement of 10 million members – the largest trade union of Europe along with British trade unions.” “We saw that within that Polish experience, we should establish a direct link with the European Community,” Mr Geremek states.

In October 1981, Mr Geremek together with his Solidarnosc friend Tadeusz Mazowiecki (who later became Poland’s first non-communist prime minister in 1989) for the first time met MEPs and European Commission officials. The two Poles put the question on the table “what could be the future of a country like Poland in a future integrated Europe.”

“We were very warmly received, but we were also told that that the Cold War, the separation of Europe, the division of Europe in two camps, made it impossible for [the European Community] to act in favour of the peoples of Central and Eastern Europe fighting for freedom. I would not say that was discouraging. It was above all a bitter description of the political reality,” the 75-year old says.

Disillusion and satisfaction
Later meetings with commission president Jacques Delors just after the fall of communism in 1989 were “very promising,” Mr Geremek states, praising Mr Delors for his personal commitment in reaching out to Europe’s new democracies. But the former dissident also recalls Brussels’ strong reluctance to offer Warsaw a perspective of future EU accession. It was only because of Polish pressure that Brussels “took note” of Poland’s actual “membership” aspirations in a 1991 association treaty. “That was not very much, but it wasn’t a ‘no’ either,” Mr Geremek recalling the disillusion at the time.

Asked whether in this key period in European history, Poland received Solidarnosc from the side of the European Community, Mr Geremek states “I have to give you an honest, not diplomatic answer. No, we did not have the impression that there was an expression of solidarity from the side of Europe towards the new countries.” Mr Geremek, who also served a stint as Polish foreign minister (1997-2000), is quick to stress however that after lengthy EU accession negotiations, it was “immensely satisfying” that “the aspirations of the Polish people met with the politics of European unity. We have the feeling that the anniversary of the Rome treaty is also our anniversary,” he states.

50 exceptional years
As a history professor, Mr Geremek believes the past 50 years of European integration should be seen as a period of paramount historic importance, even if looked at on a much longer timeline. “I have become a politician, but I remain a historian,” he says. “My reflection as a historian is that in the history of Europe, there have been three great moments of European unity.”

“First of all, that was the Christian unity of the Middle Ages, which constituted a political and religious community. There was a common language and there was also the feeling of belonging to common basic values. The second moment of this unity – that was Enlightenment. It was above all reason – centred around the immense progress in science and knowledge – which defined European unity.”

“And the third moment of unity – that is this half-century of European integration. In historical terms, 50 years are not a lot. But in that short period, we have managed to change the model of Europe itself. After the most terrible war ever to have taken place on European soil, European societies have been capable of reconciling, of constructing peace. Half a century without war, that is really exceptional.” Sout-East Asia gets a common credit transfer scheme and... 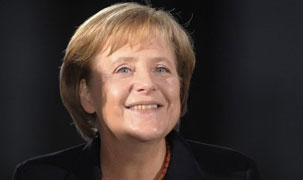 Setback for the future of Brazilian student mobility, Russia...