While it is still fashionable in Europe to talk about “the European social model” contrasted by those “American conditions” associated with rampant poverty and social exclusion (just think about those millions of Americans without any health insurance), the empirical analysis of this article shows that net social expenditures in the US (not even talking into account the social expenditures of the 50 member states of the Federation and the municipalities) are on a similar level as in the Netherlands and in Austria (Europeans tax their poor very heavily by indirect taxation), and that in addition, poverty, inequality and social imbalances have increased over time in Europe and in the US, and not just in the new European Union member countries. The author shows that in the mid 1990s Eurostat measurement scale poverty rates in the US and in the EU-15 were for all purposes identical and that inequality, as measured by the University of Texas Inequality Project time series, in both continents increased since then. The GINI income inequality and the GINI regional income inequality in the US and in the EU-15 are practically identical.

There is also a historical dimension to the Lisbon process. World systems theories maintain that the present ongoing era of globalization already has its parallel in the 19th Century. The UN CEPAL/ECLAC data referred to in this study neatly demonstrate that these epochs of globalization in the 19th Century and after 1973 shifted incomes relatively away from Western Europe, Eastern Europe and Japan and in favor of the United States and the “dominions”, while the era of regulation after 1945 (Arrighi, 1995) clearly re-allocated relative incomes to the West Europeans, to the East Europeans and the Japanese. Latin America also gained during the era of import substitution from around 1930 to around 1973. It is to be expected that Western and Eastern Europe, Latin America, and also Japan that all owed their relative ascent in global society after 1945 to their import substitution strategies, will be the main losers during the ongoing globalized decades.

In terms of 6 hard combined UNDP indicators of human survival and absolute poverty, the US outperforms several EU-15 countries, like the United Kingdom, Spain and Portugal. The centerpiece of the EU’s social policies are 47 regulations on health and safety at work and labor conditions. But fatal work accidents per 100.000 inhabitants are higher in Estonia, Spain, Latvia, Italy and Portugal than in the US; in those nations, one is really confronted with post- Soviet proportions of labor accidents. Not “American conditions” are “threatening” Europe: both continents face the same challenges, to which America – in a capitalistic sense – much more productively stood up to in the 1990s. The lack of industrial policy in the tradition of Commissioner Jacques Delors is an important variable here. The EU-25 is characterized, according to this argument, by a very high MNC penetration (UNCTAD indicator of foreign direct investment per total GDP) and other indicators of dependency, whose net effect on development is polarizing.

Human capital policy (public education expenditures per GDP) is also playing an important role in explaining international growth differentials. The relevance of the “Delors” factors for the explanation of economic efficiency, gender justice, employment, social cohesion and sustainable development is shown in multiple regression analyses with 130 countries. It is shown that Europe indeed corresponds to such an analysis; even worse, it is also to be expected that the “Latin Americanization” of European society will go on, if Europe does not return to the Delors agenda. Twiplomacy studied world leaders on twitter and discovered how... 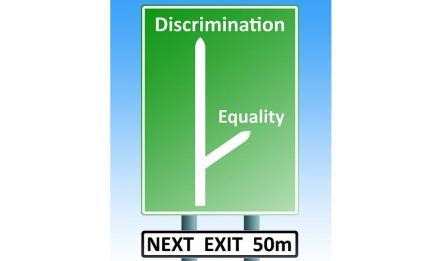