Although it is the source of tremendous innovation and incredible economic potential, it leads inexorably to worsening economic and geographic inequality. What is needed is a new Creative Compact, analog to the great social compact of the 1930s, 40s and 50s which expanded and accelerated the Industrial Economy and led to the great golden-age of prosperity.”

Enkele van de kernpunten van Florida’s essay zijn ten eerste een herdefinitie van het sociaal opvangnet.  “The Industrial Era evolved a social compact oriented around big companies and big government based on a combination of productivity-based wages, employer provided benefits, and targeted subsidies or entitlements to overcome disadvantage. In doing so, it provided material benefits to workers, but neglected other dimensions of human development and well-being. A new social compact must start from the organizing principles of the Creative Age. First, our system is increased levels of employment mobility, benefits needs to be affordable, mobile and portable. There will always be a need for a social safety net for the truly disadvantaged. But that system cannot be based solely on government subsidies to address material need. A new social compact would be based around a simple organizing principle: it recognizes the ability for individuals to develop and utilize their talents and to self-express as fundamental human rights. A Creative Age social compact would ensure that people can define their human identity and utilize their full skill sets and capabilities.”

Ten tweede wijst Florida op de noodzaak het onderwijs als wezenlijke factor van de creatieve samenleving en economie te interpreteren. het gaat niet om oud versus nieuw leren alleen. Het gaat ook om een herdefinitie van wat de school aan eigenschappen en capaciteiten bij jongeren oproept en aanmoedigt: “Education reform must, at its core, make schools into places where human creativity is cultivated and can flourish. Americans revel in the legendary stories of young creators like Michael Dell building new businesses in dorm rooms or in the garage in their spare time. The question to ask ourselves is: Why are they doing these things in their spare time? Isn.t this the real stuff of education in the creative age? Schools need to be vehicles for enhancing and mobilizing the creative capacities of all our children, so that the tinkering of today can be translated into the creative advancement of tomorrow. Expanding education in this country is not only a matter of basic human rights; it is an economic imperative.”

Ten derde onderstreept Richard Florida de rol van het HO “the hubs of the Creative Economy”. Regio’s en steden die achterblijven door het verdwijnen van oude industriële structueren kunnen via hun HO-instellingen nieuwe kansen en nieuw talent aantrekken. maar daar moet men dan wel intensief en grondig aan werken.”Universities are the hubs of the Creative Economy. America’s strong university system is the source of much of our best scientific, social, and creative leadership. To this point, though, our modern conception of what universities could or should be has been somewhat limited. The tendency to see universities primarily as the laboratories of new research and technology has grown particularly acute in the last 20 years.

They do indeed serve our society as technological and scientific laboratories . and amazingly productive ones. But they are much more than that. Universities also do a remarkable job of fostering the other 2 T’s of economic growth: talent and tolerance. On the one hand, they are undeniably our strongest talent magnets, attracting (as we.ve seen in previous chapters) the best and brightest to our shores. They are the Ellis Islands of the creative age. A huge percentage of the high-tech entrepreneurs that power places like Silicon Valley, Austin, Texas, and the Research Triangle came here originally to attend graduate school.

Not surprisingly, almost all of our leading creative regions have one or more great universities. Higher education institutions are also the community entities that, perhaps more than any other, have opened up city after city and college town after college town to the world. In this respect, they are bastions and breeders of tolerance. A university, with its tendency towards openness to ideas, people, and practices not always considered mainstream, is a natural source of diversity . ethnic, socioeconomic, and cultural. Universities and colleges also serve as key building blocks around which older cities like Cleveland and Pittsburgh can rebuild. Whenever I am asked how to save Detroit’s economy, my answer is the same: Ann Arbor – the future of the Detroit region in the creative age lies more with the technology, talent, and tolerance engine that is Ann Arbor than in stadiums and a refurbished Renaissance center.”

What we need more than anything now is a focal point for the discussion of migration and global talent flows, for someone to make the case for a fair and equitable global framework for managing the flow of people worldwide. Such a forum can no longer be the exclusive province of business leaders and government ministers but must be truly open and inclusive, designed to tap the ideas and creative energy of a much broader cross- section of people from around the world.

Such a Global Creativity Initiative would focus on developing new approaches to investing in people. It could orient its efforts around a Global Compact – a Global New Deal of sorts – which would encourage free flows of capital and people, while taking steps to mitigating worsening class divides, provide a viable social safety net, and ensure social and economic freedoms, while building the creative ecosystems and infrastructures required for economic prosperity.” 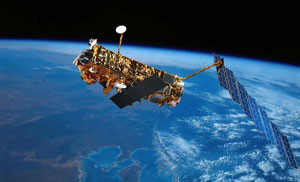