It sounds apocalyptic, but the people pushing this case are hardly a lunatic fringe. United Nations Secretary-General Ban Ki-moon, for instance, has pointed to climate change as the root cause of the conflict in Darfur. A group of high-ranking retired U.S. military officers recently published a report that calls climate change “a threat multiplier for instability.” An earlier report commissioned by the Pentagon argues that conflicts over scarce resources will quickly become the dominant form of political violence. Even the Central Intelligence Agency is reportedly working on a National Intelligence Estimate that will focus on the link between climate change and U.S. national security.

These claims generally boil down to an argument about resource scarcity. Desertification, sea-level rise, more-frequent severe weather events, an increased geographical range of tropical disease, and shortages of freshwater will lead to violence over scarce necessities. Friction between haves and have-nots will increase, and governments will be hard-pressed to provide even the most basic services. In some scenarios, mass migration will ensue, whether due to desertification, natural disasters, and rising sea levels, or as a consequence of resource wars. Environmental refugees will in turn spark political violence in receiving areas, and countries in the “global North” will erect ever higher barriers to keep culturally unwelcome—and hungry—foreigners out.

The number of failed states, meanwhile, will increase as governments collapse in the face of resource wars and weakened state capabilities, and transnational terrorists and criminal networks will move in. International wars over depleted water and energy supplies will also intensify. The basic need for survival will supplant nationalism, religion, or ideology as the fundamental root of conflict.

Dire scenarios like these may sound convincing, but they are misleading. Even worse, they are irresponsible, for they shift liability for wars and human rights abuses away from oppressive, corrupt governments. Additionally, focusing on climate change as a security threat that requires a military response diverts attention away from prudent adaptation mechanisms and new technologies that can prevent the worst catastrophes.

First, aside from a few anecdotes, there is little systematic empirical evidence that resource scarcity and changing environmental conditions lead to conflict. In fact, several studies have shown that an abundance of natural resources is more likely to contribute to conflict. Moreover, even as the planet has warmed, the number of civil wars and insurgencies has decreased dramatically. Data collected by researchers at Uppsala University and the International Peace Research Institute, Oslo shows a steep decline in the number of armed conflicts around the world. Between 1989 and 2002, some 100 armed conflicts came to an end, including the wars in Mozambique, Nicaragua, and Cambodia. If global warming causes conflict, we should not be witnessing this downward trend.

Furthermore, if famine and drought led to the crisis in Darfur, why have scores of environmental catastrophes failed to set off armed conflict elsewhere? For instance, the U.N. World Food Programme warns that 5 million people in Malawi have been experiencing chronic food shortages for several years. But famine-wracked Malawi has yet to experience a major civil war. Similarly, the Asian tsunami in 2004 killed hundreds of thousands of people, generated millions of environmental refugees, and led to severe shortages of shelter, food, clean water, and electricity. Yet the tsunami, one of the most extreme catastrophes in recent history, did not lead to an outbreak of resource wars. Clearly then, there is much more to armed conflict than resource scarcity and natural disasters.

Second, arguing that climate change is a root cause of conflict lets tyrannical governments off the hook. If the environment drives conflict, then governments bear little responsibility for bad outcomes. That’s why Ban Ki-moon’s case about Darfur was music to Khartoum’s ears. The Sudanese government would love to blame the West for creating the climate change problem in the first place. True, desertification is a serious concern, but it’s preposterous to suggest that poor rainfall—rather than deliberate actions taken by the Sudanese government and the various combatant factions—ultimately caused the genocidal violence in Sudan. Yet by Moon’s perverse logic, consumers in Chicago and Paris are at least as culpable for Darfur as the regime in Khartoum.

To be sure, resource scarcity and environmental degradation can lead to social frictions. Responsible, accountable governments, however, can prevent local squabbles from spiraling into broader violence, while mitigating the risk of some severe environmental calamities. As Nobel laureate Amartya Sen has observed, no democracy has ever experienced a famine. Politicians who fear the wrath of voters usually do their utmost to prevent foreseeable disasters and food shortages. Accountable leaders are also better at providing public goods such as clean air and water to their citizens.

Third, dire predictions about the coming environmental wars imply that climate change requires military solutions—a readiness to forcibly secure one’s own resources, prevent conflict spillovers, and perhaps gain control of additional resources. But focusing on a military response diverts attention from simpler, and far cheaper, adaptation mechanisms. Technological improvements in agriculture, which have yet to make their way to many poor farmers, have dramatically increased food output in the United States without significantly raising the amount of land under cultivation. Sharing simple technologies with developing countries, such as improved irrigation techniques and better seeds and fertilizers, along with finding alternative energy supplies and new freshwater sources, is likely to be far more effective and cost saving in the long run than arms and fortifications. States affected by climate change can move people out of flood plains and desert areas, promote better urban planning, and adopt more efficient resource-management systems.

Yes, climate change is a serious problem that must be addressed, and unchecked environmental degradation may lead to intensified competition over scarce resources in certain regions. The good news is that the future is not written in stone. How governments respond to the challenge is at least as important as climate change itself, if not more so. Well-managed, transparent political systems that are accountable to their publics can take appropriate measures to prevent armed conflict. If the grimmest scenarios come to pass and environmental change contributes to war, human rights abuse, and even genocide, it will be reckless political leaders who deserve much of the blame. 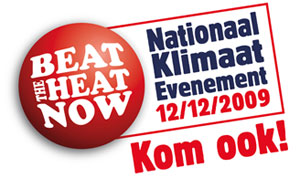