De jongste monitoring van de EU-economie laat zien dat Europa in een versnelling van innovatie en productiviteit lijkt te zijn gekomen. Het ziet er zelfs naar uit dat de onhaalbaar geachte Lissabon-agenda in 2010 grosso modo wel gehaald gaat worden. . “If the momentum can be maintained, the Lisbon goals will come within reach in 2010, the date when European leaders vowed to make Europe “the most competitive and dynamic knowledge-based economy in the world,” concludeert innovatie-promotor de Lisbon Council.
Europe’s economy is so far weathering the challenge posed by the subprime crisis, and is on track to meet or even exceed the ambitious Lisbon Agenda goals by 2010, according to The European Growth and Jobs Monitor: Interim Update, Autumn 2007, a major competitiveness index published jointly by the Lisbon Council and Allianz SE.

Drawing on a complex set of indicators conceived to show Europe’s performance in key economic areas such as job creation, productivity growth, future-oriented investment and sustainable finances, the study finds that in 2007 the European economy is on track to achieve the Lisbon goals, thanks to recent strong growth. If the momentum can be maintained, the Lisbon goals will come within reach in 2010, the date when European leaders vowed to make Europe “the most competitive and dynamic knowledge-based economy in the world.”

Specifically, the European Growth and Jobs Monitor: Interim Update, Autumn 2007 finds that – after two more quarters of strong growth – the consolidated Lisbon indicator on which the study is based shows an overall score of 1.1 – the highest ever. A score of 1.1 means that the European economy is improving at a slightly quicker pace than it would need to meet the ambitious Lisbon goals. Despite this trend, and the underlying improvement in the job market, the study finds that Europe is unlikely to meet the 70% employment rate envisioned by the Lisbon Agenda by 2010.

One reason for Europe’s surprisingly strong performance is that productivity growth is now almost twice as high as in the United States, a remarkable development. The study suggests that much of the productivity increase in Europe is probably due to the economic cycle, but it also points to structural changes, such as the expansion of the single market for goods and services, ongoing financial market integration, corporate restructuring and the implementation of reforms in line with the Lisbon Strategy.

Economic growth in the first half of 2007 met the Lisbon Agenda target of 3%. The overall strength of the EU economy has led to improved public finances. However, compared to the levels of 2000/2001, as well as in view of future demographic challenges, public finances need further consolidation.

Against this backdrop, the European Growth and Jobs Monitor: Interim Update, Autumn 2007 features a special segment on Drivers of Growth, highlighting the need for greater and more targeted investments in infrastructure. With government debt projected to rise due to the demands of an ageing and declining population, innovative solutions must be found to address the investment deficit. The study suggests that public-private partnerships (PPPs) can lead to higher investment in general and greater efficiency gains in particular. In the UK, where over 800 projects have been carried out with PPPs since 1992, the efficiency gains have stood at between 10 and 25% compared with projects carried out by the public sector. Similar analyses in Germany have come to the same conclusion.

In addition – and as an urgent matter in Europe’s quest to build a knowledge-based economy – the study calls for a different statistical classification of education, the bulk of which is currently recorded in most government accounts as “consumption.” Given that human capital is emerging as the key driver of growth and productivity, the limitation of this definition needs to be reviewed and amended in this respect, also to ensure that targeted political decisions are made. As total government spending on education in Germany alone amounted to € 94 billion in 2006, a shift in the accounting for educational spending from consumption to investment would send a strong signal to policymakers as to how important human capital formation is for economic growth and employment.

Says Michael Heise, chief economist of Allianz and principal author of the report: “The study shows that – despite recent turmoil – Europe is on track to meet most of the key Lisbon Agenda goals, provided that the performance can be sustained in future quarters. We have strength in key areas which provide a good foundation for future growth. But it is important that we continue with the policies that brought us this strong economic foundation. Far from indicating that we can relax, this is a clear and compelling sign that today’s policies are working. We need to continue the structural reform and budget consolidation that brought this improvement in the first place. And we should strengthen and deepen the internal market for goods and services – as the Commission is proposing to do this week – as a way of consolidating the gains of recent years. 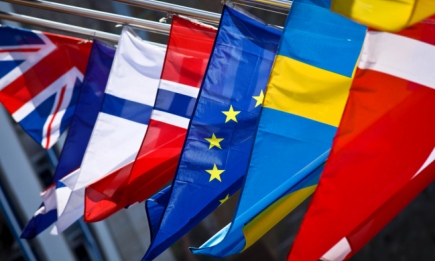