The situation is quite different in America, where higher education has had to contend with the vilification of individual faculty members, broad calls for the imposition of an ‘Academic Bill of Rights’, and sundry other efforts to characterise and condemn the political ‘bias’ of faculty members. Canadian academics did not experience anything on the scale or intensity of the McCarthy era witch hunts in the United States. Of the handful of Canadian cases that one might point to from that time, several actually demonstrated the commitment of major Canadian institutions to the principle of academic freedom. At Queen’s University, for example, the principal and chancellor resisted calls from the Board of Trustees to fire a talented mathematician who had been caught up in the so-called ‘Gouzenko Affair’ and charged with violating the Official Secrets Act.

Having laboured under only a faint shadow of the anti-communist hysteria that gripped the United States, Canadian academics had little reason to fear and were able to take advantage of more consistently favourable labour legislation than their American counterparts. Provincial labour laws have enabled the vast majority of Canadian faculty to unionise and even academics who are not certified typically enjoy voluntary collective bargaining relationships with their employer. Given this relatively uniform environment for setting the terms of faculty employment, it has been possible for the Canadian Association of University Teachers, acting through its local associations, to improve faculty working conditions significantly.

Rather than falling under a broad ‘patriotic’ rubric, recent challenges to academic freedom in Canada tend to reflect local conditions: retaliation for criticisms of institutional practices, conflict with faculty colleagues, or the animus of administrators toward a specific individual. This difference between externally driven conflict in US institutions and internally driven conflict in Canadian universities suggests that university administrators in Canada best live up to their contractual obligations to protect academic freedom when they are able to do so in the abstract.

An important exception relates to academic medicine: Canadian medical researchers, practically alone among academics, are seldom protected by union contracts and therefore are more susceptible to untoward pressures. Nowhere has this vulnerability been more evident than at the prestigious University of Toronto where, in the space of a few years, two high profile cases attracted international attention. The first involved Nancy Olivieri and the second, David Healy. In both instances, the work being done by these researchers was perceived to have significant negative implications for corporate donors. As these cases demonstrated, the greatest contemporary threats to academic freedom in Canada may well be the inherent conflict between academic values and corporate objectives.

At the November conference of the Harry Crowe Foundation, a bioethicist from the University of Manitoba argued that this conflict was so fundamental as to require the elimination of corporate research sponsorship altogether. While those attending agreed the problem was enormous, few were willing to accept such a drastic solution – except perhaps with respect to funding from tobacco companies. The tension, however, reveals the extent Canadian academics have reconciled themselves to the fact of external research support. Academic freedom may be effectively protected from external assault by the weight of custom and the force of contract, but it is much more difficult to safeguard the integrity of the academic enterprise from internal or intangible threats.

Sadly, the actions taken against Healy and Olivieri reflect, in large measure, decisions made by individual academics and administrators to place the interests of corporate patrons ahead of those of their colleagues. Olivieri and Healy have both been vindicated but the toll – in terms of stress, resources, and time – has been enormous. Moreover, it is impossible to predict the impact of cases like these on other researchers who may now limit their own inquiries to avoid such horrid experiences themselves. It is precisely this sort of internalised censorship – whether self-imposed or ‘collegial’ – that is so difficult to overcome unless faculty understand the full exercise of their academic freedom to be both a right and a professional responsibility. 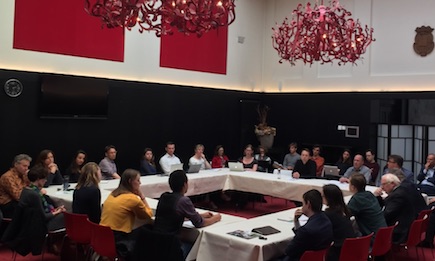