“He and his wife, Norma, have given $4,600 to the senator’s presidential campaign, according to the Center for Responsive Politics. Mr. Harvey, who held a fund-raising lunch at his home for Mr. Obama this summer, likes the senator’s policy stances, especially his support for more money for science, engineering, and technology programs at historically black colleges, for federal research, and for improving teacher training.”

Obama is een kandidaat die “can clearly bridge many divides and can bring people together: men and women, young and old, black and white, haves and have nots, Democrats and Republicans,” zegt Harvey.  “Close to one-third of the 125 attendees at his lunch, who paid at least $1,000 per person, were Republicans.”

Over Obama’s visie en programma geeft zijn staat van dienst in de Senaat sinds 2004 op HO-terrein een interessante indicatie. ‘In Congress he has sought to expand access to college by pressing for an increase in the maximum Pell Grant and introducing a bill that would allow financially needy high-school students with no access to Advanced Placement courses to apply for federal aid to attend community-college classes.

“Higher education is the long-term solution to reversing the income disparities that have stretched the middle class to the breaking point,” zei Obama in een Chronicle mailinterview. “We must increase access.” The senator also touts an idea he pressed, a version of which was included in the Senate bill to renew the Higher Education Act, that would put more emphasis on providing mentors to new teachers as a way to improve their training.

To help finance his education priorities, Mr. Obama supports cutting banks out of the student-loan system, thereby eliminating billions of dollars in government subsidies to private lenders. Some public-policy analysts have praised that proposal (also advocated by other Democrats), saying it would help reduce inefficiencies in the student-loan system. Private lenders oppose the idea, arguing that interest rates would rise under a government-run student-loan monopoly.’ 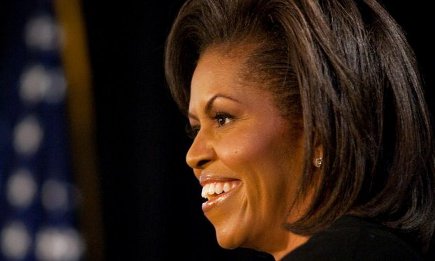