Het EP en cultuurcommissaris Jan Figel zijn het eens over een speciale mobiliteitspas voor kunstenaars in Europa. Het gaat er om hen de mogelljkheid te geven “to travel and practise their art throughout the union without missing out on social rights. Under the proposal, artists could also be granted a “Europass”, a Europe-wide recognized portfolio for qualifications and competencies, as well as being registered in a European Professional Register to help artists receive specific temporary visas. Claire Gibault, a liberal MEP, a top violinist and orchestra director, pointed out that such mobility is often hindered by administrative hurdles, such as how to transfer artists’ social rights between countries. In addition, the very nature of the business with lots of travelling, short term contracts and performances at odd hours and seasons adds to the problem, with artists missing out on pensions or unemployment benefits.

Ms Gibault said the proposal had received the nod from commissioner Jan Figel, but would have to be screened properly by justice commissioner Franco Frattini, who holds the migration, border and visa portfolio, before any concrete legislative proposal could be possible. De jonge Nedrelandse fotograaf van Turkse afkomst, Ahmet Polat, vertelde bij deze gelgenheid “that he had seen the impact of increasing mobility and globalisation on culture in recent years, with more and more art students or cultural institutes travelling within the EU and beyond to study or invest in artistic projects.

He said European cultural institutes in his newly adopted home country Turkey were everywhere, but that that it was a one-way mobility and not a real exchange.

“In Turkey you see a lot of European investment in art, or artists who arrive to study or to practise. But the other way around is rare”.

“You have to ask: who is travelling where? Who’s expression is shown where? I have a Dutch passport, I can always go back to the Netherlands, but can the Turks go there?”

“It was never so easy to travel in the European Union as it is now, especially after the Schengen enlargement late last year. It means a lot for work and for meeting people,” onderstreppte Commissaris Figel.

The commissioner however said more needed to be done for mobility, for instance by recognising each other’s work qualifications and academic credentials adding that culture should be “human” rather than “elitist.”

The debate was part of a series of scheduled meetings within the framework of the “European year of intercultural dialogue”. Future debates will treat subjects like education, inter-religious dialogue, work and multilingualism. 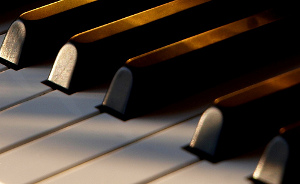 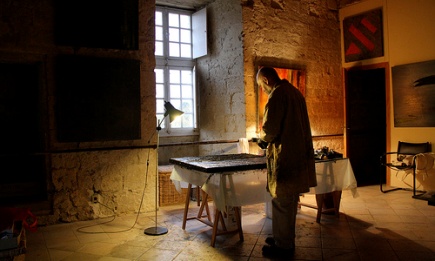