In general, however, Sanders’ articles have aroused enthusiasm and curiosity. ‘University fundraisers have seized upon the weekly articles as an opportunity to show their Executive Boards just what fundraising entails. A major alumni association has taken advantage of the publication of the Ten Commandments to ask their university’s administrators what they are doing to develop relationships and raise funds and what their plans are for the near future. Also, the article has resulted in questions about the final report being put by both the Ministry of Education, Culture and Science and the Association of Universities in the Netherlands.’

Sanders based his Ten Commandments of Fundraising on a report by the EU Expert Group on the subject, to which he himself contributed. He recounts the effects of the series in a letter to his fellow members of the Group, which also concludes the series of analyses and discussions.

It is four months now since we released our final report, Engaging Philanthropy for University Research, at a launch conference in Brussels, having worked on it for a year in our Expert Group on ‘Fundraising by universities from philanthropic sources: developing partnerships between universities and private donors’.

At the end of the conference each of us went home with a mission to disseminate the insights and the resulting ten recommendations in our own country. On my return journey from Brussels to Groningen I saw in my mind’s eye the Ten Commandments that I would publish over a period of ten weeks in the weekly Internet newsletter ScienceGuide. These would draw attention to university fundraising among the Internet community of administrators and lecturers in Dutch higher education over a period of three months. No sooner imagined than done. The articles have appeared weekly over the past few months.

Our EU report was the result of an intensive dialogue to which we contributed our respective experiences in the form of anecdotes and scholarly analyses and picked the brains of the crême de la crême of university administrators, fundraising managers and consultants from both Europe and the United States and Canada. We were interested in worst practice as well as best practice.

We challenged one another in the area of both cognitive and emotional intelligence. As regards the latter, we discovered that fundraising is a craft that should be practised from the heart. How else would universities be able to create lifelong ties with their alumni? This requires the administrators and fundraisers to explore their emotions and learn how to deal with them, and learn how to identify other people’s emotions and pay attention to them.

Fundraising is impossible, however, without excellent management and organization skills. How do you prepare a university to introduce and practise fundraising? What is the best strategy? How do you develop ongoing evaluation of the fundraising work so that you can make the necessary adjustments? And what is the most effective way of dealing with the legal and tax rules and regulations?

We devoted ample attention to these topics in our final report, often using case studies. We presented a number of universities, including our own, and took the same approach to the various capital funds. After a while we began to feel at home in the European landscape that we had surveyed.

Last December, when I thus began writing the Ten Commandments, I assumed it would not be such a major operation, as I would easily be able to find material for each Commandment in our well-organized final report. I soon found that my assumption had been wrong, as I wanted to illustrate each Commandment with a penetrating case study, such as the Karolinska Institutet in Stockholm, the Université Catholique de Louvain, the University of Bristol, the Lundbeck Foundation in Denmark, the Stifterverband für die Deutsche Wissenschaft in Germany, Chalmers University in Gothenburg, Jacobs University in Bremen and the Koning Boudewijnstichting in Belgium.

I therefore conducted additional research for each case, often contacting representatives of the institutions personally. Time after time I was struck by the openness of those institutions and their willingness to provide the information I sought. As a result, the insights I had acquired in the Expert Group were deepened even further.

My aim in publishing the Ten Commandments in the Netherlands was to make university administrators, researchers and lecturers explicitly aware of the recommendations in our final report. Knowing that the subject of fundraising is on the strategic agendas of most Dutch universities, I wanted to offer them something to talk about amongst themselves. So what has this yielded in practice?

As regards the Internet news media, they have reported some of the Commandments, and some have found their way into electronic digests published by higher education umbrella organizations and the Ministry of Education, Culture and Science.

But how have they been received by the professionals themselves?

My first tentative impression is that the Ten Commandments have roused great interest and curiosity at a few universities, where fundraisers have seized upon the weekly articles as an opportunity to show their Executive Boards just what fundraising entails. A major alumni association has taken advantage of the publication of the Ten Commandments to ask their university’s administrators what they are doing to develop relationships and raise funds and what their plans are for the near future. Also, the article has resulted in questions about the final report being put by both the Ministry of Education, Culture and Science and the Association of Universities in the Netherlands.

Lastly, there is the category of negative reactions, but I have had hardly any of these, except for the following incident. After the first three Commandments had been published a fundraising manager contacted me, complaining about the persistent attention being paid to his profession. However expert he was in preselecting information that he did and did not want the members of his Executive Board to see, he was unable to apply the Ten Commandments published on ScienceGuide. Clearly, he felt his comfort zone had been violated.

In the foregoing I describe what I have done with our final report in the Netherlands. Naturally, I am very curious to know about your initiatives and experiences. How can we bring them together and pool them as fresh, living knowledge on Engaging Philanthropy for University Research, the topic that we all find so fascinating?

Best wishes and every success in your work,

The EU Expert Group on Fundraising by Universities from Philanthropic Sources published its final report on 4 December 2007. During the past few months Professor Geert Sanders (University of Groningen), one of the members of the Group, has summed up the essence of the report, Engaging Philanthropy for University Research, in a special series for ScienceGuide entitled ‘The Ten Commandments of Fundraising’.

It was as Director of the University’s Ubbo Emmius Fund for relationship management and fundraising that he introduced relationship fundraising in the Netherlands between 1998 and 2007. His book Fondsen werven: de relatiegerichte aanpak (Fundraising: The relationship approach) was published by Koninklijke Uitgeverij Van Gorcum in Assen in 2006. Geert Sanders occupies various senior management posts, including Chair of the Social and Economic Council of the Northern Netherlands Provinces. 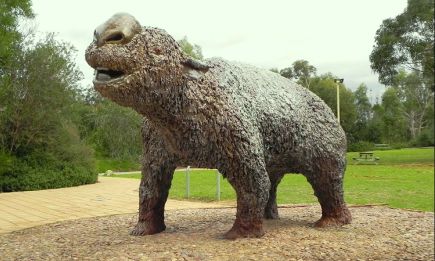