The consultation paper examines how the EU and its programmes could help member states tackle some of the widely observed tendencies in the area of education of children with a migrant background. In an accompanying policy analysis, the commission says: “There is clear and consistent evidence that migrant children have lower levels of educational attainment than their peers,” in science, mathematics and reading.

The paper points to the existing segregation of school children, particularly along socio-economic lines. This means that better-off parents tend not to put their children in schools with a high numbers of migrant pupils – a widespread trend in the UK and the Netherlands. “Migrant children are often concentrated in schools that are de facto segregated from the mainstream and that are in a downward quality spiral, reflecting, for example, high teacher turnover,” reads the document.

The paper also argues that segregation happens within schools, referring to evidence that “a disproportionately high share” of migrant children are grouped in “lower-ability streams,” which might reflect either the lower initial level of their education or their poor linguistic skills. Moreover, at secondary level, “a clear degree of segregation in enrollment emerges as migrant pupils are over-represented in vocationally oriented schools that typically do not lead to higher education.”

In addition, the greater incidence of early school-leaving result in the relatively low numbers of migrant students completing university studies – something that also affects the integration of migrant communities. EU education commissioner Jan Figel argues that rather than education being a key factor in integration into the wider society, the segregation trends in schools means that it can lead to “dis-integration.” “We’re speaking here of integration that would secure their ability to know, to make progress and not be dependant. It shouldn’t mean losing their identity but their participation on the basis of equality,” Mr Figel told EUobserver.

What can the EU do?

The commission paper points out that while “responsibility for setting educational policies remains firmly a matter for member states,” the challenges they face are increasingly widely shared. According to the Paris-based Organisation for Economic Cooperation and Development, at least 10 percent of the school population aged 15 within the “old” EU member states was either born abroad or has both parents born in another country, with the figure approaching 15 percent by the fourth grade of primary school. Particular increases have been monitored in Ireland, Italy and Spain where the percentage of school pupils born in another country has multiplied by a factor of three or four since 2000. In the UK, the number of pupils joining schools shortly after arriving from abroad has grown 50 percent in two years.

For the moment, apart from various financial instruments and policy exchange forums among member states, there are also some basic rules – dating back to 1977 – which apply across the bloc. These however only affect children of migrant workers who are EU citizens. They require national governments to ensure compulsory and free-of-charge school attendance for their children, including the teaching of the official language of the host state as well as promotion of the mother tongue and culture of the country of origin.

In the public consultation, which is to last until the end of this year, the commission asks stakeholders whether the scope of the 1977 directive should be extended to cover children of migrants from third countries. But the commission also raises the possibility of a complete scrapping of the directive, saying it has proven “difficult” to transpose and monitor – something that it suggests will not be improved now that the bloc has 27 member states. [EUObserver] 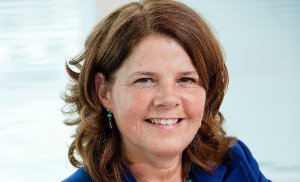