The LHC is the world’s most powerful particle accelerator, producing beams seven times more energetic than any previous machine, and around 30 times more intense when it reaches design performance, probably by 2010. Housed in a 27-kilometre tunnel, it relies on technologies that would not have been possible 30 years ago.

The LHC is, in a sense, its own prototype. Starting up such a machine is not as simple as flipping a switch. Commissioning is a long process that starts with the cooling down of each of the machine’s eight sectors. This is followed by the electrical testing of the 1600 superconducting magnets and their individual powering to nominal operating current. These steps are followed by the powering together of all the circuits of each sector, and then of the eight independent sectors in unison in order to operate as a single machine.

By the end of July, this work was approaching completion, with all eight sectors at their operating temperature of 1.9 degrees above absolute zero (-271°C). The next phase in the process is synchronization of the LHC with the Super Proton Synchrotron (SPS) accelerator, which forms the last link in the LHC’s injector chain. Timing between the two machines has to be accurate to within a fraction of a nanosecond.

Tests will continue into September to ensure that the entire machine is ready to accelerate and collide beams at an energy of 5 TeV per beam, the target energy for 2008. Force majeure notwithstanding, the LHC will see its first circulating beam on 10 September at the injection energy of 450 GeV (0.45 TeV). Once stable circulating beams have been established, they will be brought into collision, and the final step will be to commission the LHC’s acceleration system to boost the energy to 5 TeV, taking particle physics research to a new frontier. 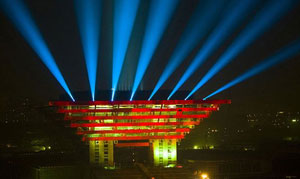 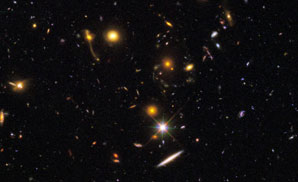