ScienceGuide, Knowledgeland thinktank (KL) and Dutch studentfederation ISO propose to make this ‘a double whammy’ for Europe: focus on an optimum of productionstimuli ánd knowledge-intensive investment. And be as precise and concrete as possible, so this boost can start as soon as possible in early 2009.

At the Summit of European leaders at December 11th in Brussels this stimulus package needs to be decided upon. So let us look for smart investments in the Dutch and European knowledge economy to give their boost a good boost: The European Knowledge Boost 2009.

2]          Accelerate development of excellent research and business clusters in Europe

–           They need to have a shortterm and longterm effect on the productivity, innovation and/or sustainability of the European economy

–           Their start needs to be quick, their implementation effective within the next three years.

The effect of these four priorities would be that Europe would see the looming recession as an extra impetus to make its ‘2010 Lisbon targets’ a reality, instead of making it an excuse to delay and defer. It will make Europe both sooner and more effectively fit for the relaunch in the global economy after the recession. It will make a jump out of a stumble. This will help to swiftly increase the production, purchasing power and quality enhancement of both industry, knowledgecentres and consumers, as this really boosts the growth of the most avantgarde and export oriented sectors of  a 21st century economy.

What you can do

ScienceGuide, Knowledgeland and ISO present a first list of potential investments in the Netherlands as an example of this effort.  It varies from the next- generation ‘Gigaport’ for the leading role in  broadband- development for R&D and industry on a global scale to the Rotterdam Climate Campus as initiated by Ruud Lubbers and Al Gore. This list is based on suggestions from a variety of experts of the Dutch higher education system. The list needs to be selective. However, this list it not final, it is meant to start a debate.

So we propose that likeminded organisations in EU-memberstates make their own lists of regional/national infrastructure actionpoints as presented under 1), 2), 3) and 4). Combining them at European level in the next month (s) and targeting EU-investments on such priorities will significantly add to the global effectiveness of the € 200 billion EU-package. At December 10th, just before the European Summit, we hope to present a final list, thanks to your input and ideas. We welcome your suggestions at redactie@scienceguide.nl

The Dutch Package for EKB

What would be potential ‘catch- up’ investments the Netherlands could do ‘up tempo’ in 2009 and 2010? A first list of potential investments:

–            Accelerate investments in the strengthening of the role of the Netherlands as major force in global IT- and broadband network development (World Economic Forum ranking 2008). Link this up with similar developments in emerging countries such as the EU-China grid, and those in countries such as Brasil, India and Indonesia, as well as major EU-neighbours like Ukraine and Turkey. Utilise in particular the acceleration of the 7th generation Surfnet and Gigagport for this.

–           Accelerate the investment in the new locations and modern infrastructure of the two top level music and dance UAS: Codarts in Rotterdam and the Royal Conservatoire and Academy in The Hague

–           Accelerate the development of the new ‘Spoorzone’ as centre of HE- institutes with 10.000 students, an initiative of Fontys UAS and the city of Tilburg

–           Accelerate the further extension of the ‘RDM-Campus’ project into the revitalizing the old harbour-sites within Rotterdam for new HE, start ups and creative industry locations

–         Accelerate development of Amsterdam Zuidas as business cluster by realising sooner than planned the so-called dock-mode as well as the planned campus of the Free University, VU, and its medical cluster with INHolland UAS, as the knowledge focus of this major new economic centre of the capital

–           Accelerate the start of the The Hague Centre for Internation Justice and Peace in this UN-capital, as initiated by Leiden University, ISS, HHS and other partners

–          Accelerate combined development of a Amsterdam School for Creative Business together with a top research programme for sectors in the creative industry (as proposed by IIP/Create) and the building of the new ‘Grand Palais’ museum.

–           Workweek shortening as an interim approach during the recession should be redesigned as education-and-training investments – by employers, employee’s and public institutions – in time, energy and benefits

–          A fund for keeping technical talent on the payroll when production is decreasing, like with other sectors is being done through labortime-shortening, as been presented by companies like NXP and ASML.

–          Accelerate investments in Open Educational Resources, in which the Netherlands has a leading developmentrole. In particular investment in the rapid development of the Open Hogeschool concept. This lowers costs for LLL and (re)training and retools HE-curricula for LLL-implementations.

–          Acelerate investment in the sustainability and energy savings of HE and R&D facilities. [As NL is a global connectingpoint for the WWW and a leader in IT the electricity consumption by the hightech sector in industry, R&D and all of HE is a major factor in Dutch CO2 emission and energycosts. Faster investments in massive reduction are therefore economically highly effective]

–          Accelerate investment from Dutch participants –industry, researchcentres, HE- in ITER to strengthen the development of nuclear fusion

–          Accelerate the investment in watermanagement infrastructures in HE-facilities and R&D- centres as planned in the Deltacommission Report on the effects of global warming on Dutch coast-, river- and dikesystems

–          Accelerate the realisation of the Rotterdam Climate Campus, initiated by Ruud Lubbers, the Clinton Climate Initiative and Al Gore 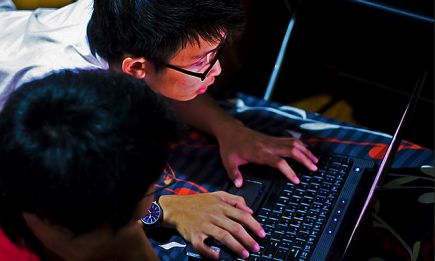 What do universities contribute to regional innovation and employment,...