The group’s mission was to assess Finland’s capacity to transform itself in respect to future challenges such as the transferring of production to other countries, the ageing population and the ongoing fluctuation in the economy. The working group believes that Finland is at a watershed and must choose to go down the road of transformation. If citizens are to be kept on side in the process, the choices must be made in a way that focuses on people and on the basis of common values.

Transformation is like a wind on the open sea. If we are badly prepared, it will sink the ship or drive it onto the rocks. If we control the situation, the wind will fill our sails and speed us along. Therefore, transformation is simultaneously a threat and an opportunity that arouses fear and resistance but also enthusiasm and hopes.

The demands for change are often focused on citizens. According to the working group, the greatest need for change concerns, however, institutions such as the school system, social welfare and health care, immigration administration and so forth. The institutions have remained behind the times and become distant from people’s daily life and actual needs. People have to passively conform to the logic of the institutions. However, people are the core of society. The real task of the institutions is to empower citizens. They should strengthen people’s control of their lives and give them the opportunities to develop and use their own resources to benefit themselves, their families and society.

According to the working group, empowering people is crucial in terms of competitiveness. The report states that social development is currently being guided by a mindset that the report refers to as the competition model, according to which every effort must be focused on increasing productivity. Finland needs larger comprehensive solutions and top-level expertise. Overemphasising the competition model will result in core–periphery segregation where only the “best” will be accepted into the main core and other people, companies and areas are “surplus”, which are only perceived as items of expenditure.

Everyone is important and we have to accept both the strengths and the weaknesses. All kinds of activity are productive and of value to the development of society and the economy. This way of thinking is based on acknowledging human worth, the just distribution of resources, and appreciating and using the creativity and expertise of all people. A society that values and empowers all its members has a strong social capital. It could be said that the working group’s message is that human and industrial capital cannot be used to further the well-being of society without a strong social capital,”says the author Tuula-Liina Varis, who is a member of the working group.

The working group does not reject the idea of improving competitiveness and increasing productivity per se. The criticism is directed at the means that are used to pursue these objectives. Human well-being is the supreme value in society. Well-being cannot be promoted with means that cause the very opposite. Another thesis highlighted by the working group is that transforming institutions to empower people will unlock incredible resources for society, which would make a good foundation for increasing competitiveness. No other country has been able to reform its institutions from such a starting point. It is a major opportunity for the entire country. 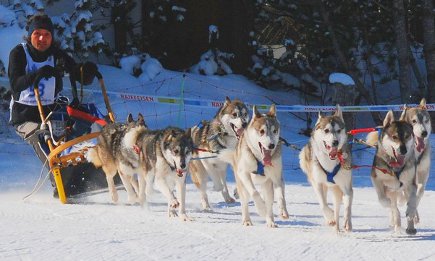