‘At a time of such great challenge for America, no single issue is as fundamental to our future as energy.  America’s dependence on oil is one of the most serious threats that our nation has faced.  It bankrolls dictators, pays for nuclear proliferation, and funds both sides of our struggle against terrorism.  It puts the American people at the mercy of shifting gas prices, stifles innovation and sets back our ability to compete.

These urgent dangers to our national and economic security are compounded by the long-term threat of climate change, which if left unchecked could result in violent conflict, terrible storms, shrinking coastlines and irreversible catastrophe.  These are the facts and they are well known to the American people — after all, there is nothing new about these warnings.  Presidents have been sounding the alarm about energy dependence for decades.  President Nixon promised to make our energy — our nation energy independent by the end of the 1970s.  When he spoke, we imported about a third of our oil; we now import more than half.

Year after year, decade after decade, we’ve chosen delay over decisive action.  Rigid ideology has overruled sound science.  Special interests have overshadowed common sense.  Rhetoric has not led to the hard work needed to achieve results.  Our leaders raise their voices each time there’s a spike in gas prices, only to grow quiet when the price falls at the pump.

Now America has arrived at a crossroads.  Embedded in American soil and the wind and the sun, we have the resources to change.  Our scientists, businesses and workers have the capacity to move us forward.  It falls on us to choose whether to risk the peril that comes with our current course or to seize the promise of energy independence.  For the sake of our security, our economy and our planet, we must have the courage and commitment to change.

It will be the policy of my administration to reverse our dependence on foreign oil, while building a new energy economy that will create millions of jobs.  We hold no illusion about the task that lies ahead.  I cannot promise a quick fix; no single technology or set of regulations will get the job done.  But we will commit ourselves to steady, focused, pragmatic pursuit of an America that is free from our energy dependence and empowered by a new energy economy that puts millions of our citizens to work.

Today, I’m announcing the first steps on our journey toward energy independence, as we develop new energy, set new fuel efficiency standards, and address greenhouse gas emissions.  Each step begins to move us in a new direction, while giving us the tools that we need to change.

First, we must take bold action to create a new American energy economy that creates millions of jobs for our people.  The American Recovery and Reinvestment Plan before Congress places a down payment on this economy.  It will put 460,000 Americans to work, with clean energy investments and double the capacity to generate alternative energy over the next three years.  It will lay down 3,000 miles of transmission lines to deliver this energy to every corner of our country.  It will save taxpayers $2 billion a year by making 75 percent of federal buildings more efficient.  And it will save working families hundreds of dollars on their energy bills by weatherizing 2 million homes.

This is the boost that our economy needs, and the new beginning that our future demands.  By passing the bill, Congress can act where Washington has failed to act over and over again for 30 years.  We need more than the same old empty promises.  We need to show that this time it will be different.  This is the time that Americans must come together on behalf of our common prosperity and security.

Second, we must ensure that the fuel-efficient cars of tomorrow are built right here in the United States of America.  Increasing fuel efficiency in our cars and trucks is one of the most important steps that we can take to break our cycle of dependence on foreign oil.  It will also help spark the innovation needed to ensure that our auto industry keeps pace with competitors around the world.

We will start by implementing new standards for model year 2011 so that we use less oil and families have access to cleaner, more efficient cars and trucks.  This rule will be a down payment on a broader and sustained effort to reduce our dependence on foreign oil.  Congress has passed legislation to increase standards to at least 35 miles per gallon by 2020.  That 40 percent increase in fuel efficiency for our cars and trucks could save over 2 million barrels of oil every day — nearly the entire amount of oil that we import from the Persian Gulf.

Going forward, my administration will work on a bipartisan basis in Washington and with industry partners across the country to forge a comprehensive approach that makes our economy stronger and our nation more secure.

Third, the federal government must work with, not against, states to reduce greenhouse gas emissions.  California has shown bold and bipartisan leadership through its effort to forge 21st century standards, and over a dozen states have followed its lead.  But instead of serving as a partner, Washington stood in their way.  This refusal to lead risks the creation of a confusing and patchwork set of standards that hurts the environment and the auto industry.

The days of Washington dragging its heels are over.  My administration will not deny facts, we will be guided by them.  We cannot afford to pass the buck or push the burden onto the states.  And that’s why I’m directing the Environmental Protection Agency to immediately review the denial of the California waiver request and determine the best way forward.  This will help us create incentives to develop new energy that will make us less dependent on oil that endangers our security, our economy, and our planet.

As we move forward, we will fully take into account the unique challenges facing the American auto industry and the taxpayer dollars that now support it.  And let me be clear:  Our goal is not to further burden an already struggling industry.  It is to help America’s automakers prepare for the future.  This commitment must extend beyond the short-term assistance for businesses and workers.  We must help them thrive by building the cars of tomorrow, and galvanizing a dynamic and viable industry for decades to come.

Finally, we will make it clear to the world that America is ready to lead.  To protect our climate and our collective security, we must call together a truly global coalition.  I’ve made it clear that we will act, but so too must the world.  That’s how we will deny leverage to dictators and dollars to terrorists.  And that’s how we will ensure that nations like China and India are doing their part, just as we are now willing to do ours.

It’s time for America to lead, because this moment of peril must be turned into one of progress.  If we take action, we can create new industries and revive old ones; we can open new factories and power new farms; we can lower costs and revive our economy.  We can do that, and we must do that.  There’s much work to be done.  There is much further for us to go.

But I want to be clear from the beginning of this administration that we have made our choice.  America will not be held hostage to dwindling resources, hostile regimes, and a warming planet.  We will not be put off from action because action is hard.  Now is the time to make the tough choices.  Now is the time to meet the challenge at this crossroad of history by choosing a future that is safer for our country, prosperous for our planet, and sustainable.

Those are my priorities, and they’re reflected in the executive orders that I’m about to sign.  Thank you so much for being here. 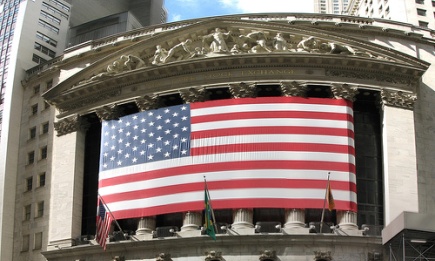