Responding to an uproar over conflicts of interest in biomedical research, the National Institutes of Health (NIH) announced that it is seeking comments on whether to tighten federal conflict-of-interest rules for NIH grantees. The Federal Register notice, which has been expected for months, follows a Senate investigation that since last summer has identified several prominent academic psychiatrists who apparently failed to report to their institutions hundreds of millions of dollars that they earned from drug companies.

Among the topics on which NIH seeks comment: Should a $10,000-per-year threshold for reporting outside income be eliminated? Should clinical researchers be barred from having any significant company ties related to their research? Should NIH collect more details on how institutions manage conflicts? And should the Public Health Service devise a conflicts policy for institutions, not just individual investigators? Comments are due by 7 July. 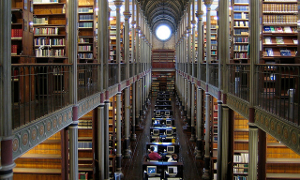