Bij de Amerikaanse academie van wetenschappen geeft men lucht aan de scepsis die heerst in vakkringen. ‘Using high-resolution computed tomography scans, the team [dat fossiel Ida vond] analyzed the skeleton from the Messel quarry in Messel, Germany, where it was discovered. They found features in the face, teeth, and foot that suggested to them that Ida belongs to a group of adapids known as the Cercamoniinae–and that adapids belong in the superfamily (Haplorhini) that includes anthropoids (and humans) instead of the more primitive group that includes living lemurs (Strepsirrhines), where adapids have traditionally been placed.

Specifically, they argue that Ida is not on the primitive lemur line because she lacks two key characteristics shared by lemurs: a grooming claw on her second toe and front teeth arranged into a toothcomb. Also, the vertical, spatula shape of her front teeth and a bone in her ankle called the talus are shaped like members of our branch of the primates. And that means adapids are the link between primitive primates and anthropoids–and, hence, the lineage leading to humans.

Deze gang van zaken overtuigt veel oudheidkundigen nog niet echt. Zij wijzen er op, dat de ‘analysis compared 30 traits in the new fossil with primitive and higher primates when standard practice is to analyze 200 to 400 traits and to include anthropoids from Egypt and the newer fossils of Eosimias from Asia, both of which were missing from the analysis in the paper. “There is no phylogenetic analysis to support the claims, and the data is cherry-picked,” says paleontologist Richard Kay, also of Duke University. Callum Ross, a paleontologist at the University of Chicago in Illinois agrees: “Their claim that this specimen should be classified as haplorhine is unsupportable in light of modern methods of classification.” 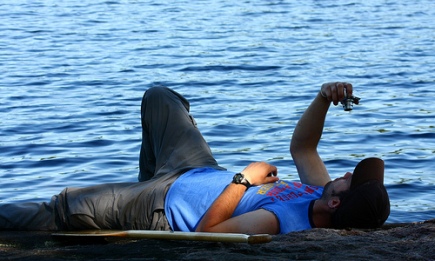