Rosina Bierbaum, a widely-recognized expert in climate-change science and ecology, is Dean of the School of Natural Resources and Environment at the University of Michigan. Her PhD is in evolutionary biology and ecology. She served as Associate Director for Environment in OSTP in the Clinton Administration, as well as Acting Director of OSTP in 2000-2001. She is a member of the American Academy of Arts and Sciences.

Christine Cassel is President and CEO of the American Board of Internal Medicine and previously served as Dean of the School of Medicine and Vice President for Medical Affairs at Oregon Health & Science University. A member of the US Institute of Medicine, she is a leading expert in geriatric medicine and quality of care.

Christopher Chyba is Professor of Astrophysical Sciences and International Affairs at Princeton University and a member of the Committee on International Security and Arms Control of the National Academy of Sciences. His scientific work focuses on solar system exploration and his security-related research emphasizes nuclear and biological weapons policy, proliferation, and terrorism. He served on the White House staff from 1993 to 1995 at the National Security Council and the Office of Science and Technology Policy and was awarded a MacArthur Prize Fellowship (2001) for his work in both planetary science and international security.

S. James Gates Jr. is the John S. Toll Professor of Physics and Director of the Center for String and Particle Theory at the University of Maryland, College Park. He is the first African American to hold an endowed chair in physics at a major research university. He has served as a consultant to the National Science Foundation, the U.S. Departments of Energy and Defense, and the Educational Testing Service and held appointments at MIT, Harvard, California Institute of Technology and Howard University.

John Holdren is serving as co-chair of PCAST in addition to his duties as Director of the Office of Science and Technology Policy in the Executive Office of the President and Assistant to the President for Science and Technology. Prior to this appointment Dr. Holdren was a Professor of Environmental Policy and Director of the Program on Science, Technology, and Public Policy at Harvard University’s Kennedy School of Government. He also served concurrently as Professor of Environmental Science and Policy in Harvard’s Department of Earth and Planetary Sciences and as Director of the independent, nonprofit Woods Hole Research Center. He is a member of the National Academy of Sciences, the National Academy of Engineering, and the American Academy of Arts and Sciences, as well as a former President of the American Association for the Advancement of Science and recipient of the MacArthur Foundation Prize Fellowship.

Shirley Ann Jackson is the President of Rensselaer Polytechnic Institute and former Chair of the US Nuclear Regulatory Commission (1995-1999). She is the University Vice Chairman of the U.S. Council on Competitiveness, a member of the National Academy of Engineering, fellow of the Academy of Arts and Sciences, and past President of the American Association for the Advancement of Science. Dr. Jackson was the first African American woman to earn a doctorate from MIT and chairs the New York Stock Exchange Regulation Board.

Eric Lander is serving as a co-chair of PCAST. He is the Director of the Broad Institute of MIT and Harvard and Professor of Biology at MIT, Professor of Systems Biology at Harvard Medical School and member of the Whitehead Institute for Biomedical Research. He was one of the principal leaders of the Human Genome Project, recipient of the MacArthur Foundation Prize Fellowship and is a member of both the National Academy of Sciences and Institute of Medicine.

Richard Levin has served as President of Yale University since 1993 and is a distinguished economist with interests in industrial organization, the patent system, and the competitiveness of American manufacturing industries, including industrial research and development, intellectual property, and productivity. He is a leader in US-China cooperation, in research and education, and is a member of the American Academy of Arts and Sciences.

Chad Mirkin is Professor of Materials Science and Engineering, Chemistry, and Medicine at Northwestern University, as well as Director of Northwestern’s International Institute of Nanotechnology. He is a leading expert on nanotechnology, including nano-scale manufacturing and applications to medicine. Awarded the Feynrnan Prize in Nanotechnology in 2002, he is the top-cited researcher in nano-medicine in the world, as well as one of the most widely cited chemists.

Mario Molina is a Professor of Chemistry and Biochemistry at the University of California, San Diego and the Center for Atmospheric Sciences at the Scripps Institution of Oceanography, as well as Director of the Mario Molina Center for Energy and Environment in Mexico City. He received the Nobel Prize in Chemistry in 1995 for his role in elucidating the threat to the Earth’s ozone layer of chlorofluorocarbon gases. The only Mexican-born Nobel laureate in science, he served on PCAST for both Clinton terms. He is a member of both the National Academy of Sciences and the Institute of Medicine.

Ernest J. Moniz is a Professor of Physics and Engineering Systems, Director of the Energy Initiative, and Director of the Laboratory for Energy and the Environment at MIT. His research centers on energy technology and policy, including the future of nuclear power, coal, natural gas, and solar energy in a low-carbon world. He served as Under Secretary of the Department of Energy (1997-2001) and Associate Director for Science in the White House Office of Science and Technology Policy (1995-1997).

Craig Mundie is Chief Research and Strategy Officer at Microsoft Corporation. He has 39 years of experience in the computer industry, beginning as a developer of operating systems. Dr. Mundie co-founded and served as CEO of Alliant Computer Systems.

William Press is Professor of Computer Sciences at the University of Texas at Austin, has wide-ranging expertise in computer science, astrophysics, and international security. A member of the US National Academy of Sciences, he previously served as Deputy Laboratory Director for Science and Technology at the Los Alamos National Laboratory from 1998 to 2004. He is a Professor of Astronomy and Physics at Harvard University and a former member of the Harvard-Smithsonian Center for Astrophysics (1982-1998).

Maxine Savitz is retired general manager of Technology Partnerships at Honeywell, Inc and has more than 30 years of experience managing research, development and implementation programs for the public and private sectors, including in the aerospace, transportation, and industrial sectors. From 1979 to 1983 she served as Deputy Assistant Secretary for Conservation in the US Department of Energy. She currently serves as vice-president of the National Academy of Engineering.

Barbara Schaal is Professor of Biology at Washington University in St Louis. She is a renowned plant geneticist who has used molecular genetics to understand the evolution and ecology of plants, ranging from the US Midwest to the tropics. Dr Schaal serves as Vice President of the National Academy of Sciences, the first woman ever elected to that role.

Eric Schmidt is Chairman and CEO of Google Inc. and a member of the Board of Directors of Apple Inc. Before joining Google, Dr. Schmidt served as Chief Technology Officer for Sun Microsystems and later as CEO of Novell Inc.

Daniel Schrag is the Sturgis Hooper Professor of Geology in the Department of Earth and Planetary Sciences at Harvard University and Professor of Environmental Science and Engineering in the School of Engineering and Applied Sciences.  He is also Director of the Harvard University-wide Center for Environment. He was trained as a marine geochemist and has employed a variety of methods to study the carbon cycle and climate over a wide range of Earth’s history. Awarded a MacArthur Prize Fellowship in 2000, he has recently been working on technological approaches to mitigating future climate change.

David E. Shaw is the chief scientist of D. E. Shaw Research, LLC, where he leads an interdisciplinary research group in the field of computational biochemistry. He is the founder of D. E. Shaw & Co., a hedge fund company. Dr. Shaw is a former member of PCAST under President Clinton and a member of the executive committee of the Council on Competitiveness, where he co-chairs the steering committee for the Council’s federally funded High-Performance Computing Initiative. He is a fellow of the American Academy of Arts and Sciences and serves on the Computer Science and Telecommunications Board of the National Academies.

Ahmed Zewail is Professor of Chemistry and Physics at Caltech and Director of the Physical Biology Center. Dr. Zewail was awarded the Nobel Prize in Chemistry in 1999 for his pioneering work that allowed observation of exceedingly rapid molecular transformations.  He is an Egyptian-American, widely respected not only for his science but also for his efforts in the Middle East as a voice of reason. Dr. Zewail is a member of the National Academy of Sciences, and postage stamps have been issued to honor his contributions to science and humanity. 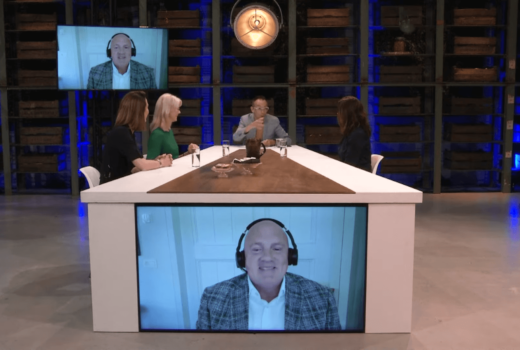 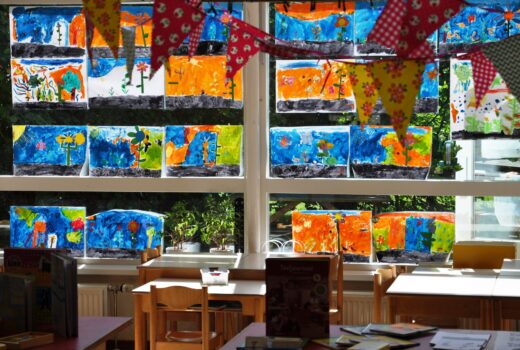 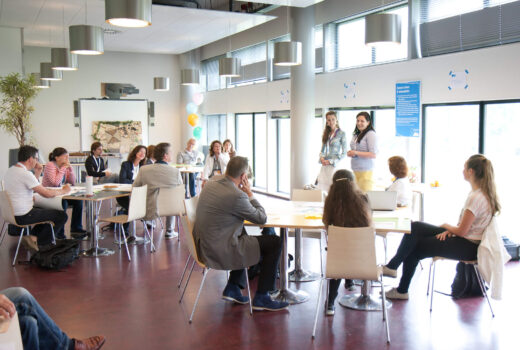