“The challenge faced by higher education institutions in relation to mathematics is clearly enormous,” according to a draft report produced for the vice-chancellors’ association Higher Education South Africa (HESA) by the National Benchmark Tests Project.

“With the current emphasis on the production of graduates in scarce skills areas such as engineering and science, the need for curriculum responsiveness and remediation in this area is urgent,” said the report, obtained by University World News, which is still to be considered by HESA.

While undergraduate enrolments had been growing by about 5% a year, and black students now comprised 63% of enrolment, there was concern about high drop out (around 50%) and low graduation rates, especially among black students. Only a third of students obtain their degrees within five years.

HESA’s findings from the benchmark project make it clear that South Africa’s school system is continuing to fail its pupils and the country, and that universities will need to do a lot more to tackle what appear to be growing proficiency gaps.

One reason for declining educational performance, Eloff argued, was flaws in the country’s outcomes based education system. “You don’t learn to spell and comprehend, and that’s nonsense,” he said. The Times newspaper commented: “So far, the only outcome from the outcomes-based education system is university students who can’t read and write.” 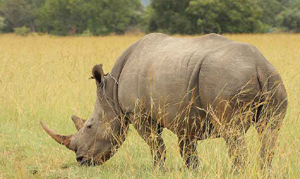