‘Strengthening innovation, deepening the single market andmoving to a low carbon economy are among the areas where reformneeds to be accelerated to strengthen long-term growth in theEuropean Union after the worst recession in 50 years.

A major challenge for the EU over the longer-term is to raise thelevel of innovation. Despite numerous policy initiatives, Europestill lags behind the United States and Japan in research andinnovation.’

In 2000, the Lisbon agenda included a commitment to make Europethe most dynamic and competitive knowledge-based economy in theworld. Enhancing investment in knowledge and innovation is now oneof the four priority areas of the renewed Lisbon Strategy. TheCommission set out a broad-based innovation strategy in 2006 andmember states have committed to achieving an integrated EuropeanResearch Area by 2020. Increasing attention is now being given tothe concept of ‘creativity’, although this concept has not yet beenclearly defined or measured.

Despite the wide range of policy initiatives, progress to datehas been slow, with research and innovation still lagging behindthe United States and Japan. The target of raising research anddevelopment (R&D) expenditure to 3% of GDP by 2010 will not bemet in the EU as a whole and appears unlikely to be achievedanytime soon.

While the target is an aggregate level benchmark that hasencouraged policy action during the past decade, it is less clearthat it should be retained as such, because it depends largely onprivate sector actions, and tends to emphasize innovation inputsrather than outputs and the use of innovations. EU member stateshave already set themselves their own specific targets within theframework of the National Reform programmes.

The understanding of the innovation process is also changing,with non-technological innovations and open innovations (such asopen-source software) becoming more important and research effortsmore likely to involve co-operation across national borders.

These all change the link between national R&D efforts andinnovation outcomes. The Commission is taking steps to improve thestatistical information available about innovative and creativeactivities in order to make greater use of output-based measures,allowing innovation policies to be developed from a moreappropriate knowledge base. Support for R&D by the EU memberstates should be at least maintained during the currentrecession.

Improvement in measurement would also be an important steptowards better evaluation of the effectiveness of the innovationpolicies pursued by the Commission. The Commission has beencommendably prompt in introducing policy support for innovation.The policy initiatives are tied together by the vision of thefuture European Research Area (ERA) and a broad-based innovationstrategy.

But there is a need for priority setting amongst the initiativesand better quantification of the importance of each in accountingfor differences in innovation across countries. The policiesadopted reflect the perceived need for favourable frameworkconditions such as well-functioning product and financial marketsand an adequate supply of human resources for science andtechnology.

Without these, the effectiveness of specific innovation-relatedinitiatives and attempts to foster demand for innovations may beconstrained. Better measurement of innovation outcomes would aidthe evaluation of Commission-funded research programmes. TheCommission should also take further steps to improve thedevelopment and use of common evaluation methodologies andtechniques for all innovation programmes.

Developing an integrated labour market for researchers and anintegrated intellectual property system should be priorities.Improvements in the framework conditions for innovation andprogress towards an integrated research area will underpin the freemovement of knowledge across national borders (the so-called ‘fifthfreedom’). Achieving a fully integrated labour market forresearchers, a Community patent and a Unified Patent LitigationSystem will be important.

The Commission is already taking actions to improve educationand training policies to raise the long-term supply of humanresources for science and technology. But such resources remainsmaller in the EU than elsewhere and a significant share ofuniversity graduates, doctorate recipients and postdoctoralstudents graduating in Europe migrate to work elsewhere.

The international orientation of European researchers should, inprinciple, enhance knowledge flows to the EU economy. However,steps need to be taken to enhance the circulation of EU and non-EUresearchers. The Commission has launched the European Partnershipfor Researchers and should ensure that the priority actions areimplemented on schedule by end-2010.

Some of these are a matter for member states, but the Commissioncan ensure that publicly-funded research positions and researchgrants are open to qualified nationals of all member states andthat researchers have the freedom to take research grants acrossnational borders when changing jobs. Obstacles to short-termmobility in national pension and social security schemes should beremoved.

A Blue Card scheme is also to be introduced to encourage inflowsof highly-skilled migrants by simplifying application procedures,provided that they have sufficient experience and a job offer witha salary above a certain threshold. The scheme is a welcome stepforward, but the immediate benefits of it may not be large,especially since the Card will not grant rights to permanentresidency and member states retain the right to set quotas thatlimit the numbers of cards issued. It will be important to monitorthe impact of the scheme and explore possible extensions to therights granted to Card holders to further promote mobility.

The European patent system, and hence the cross-border marketsfor technology and knowledge, is currently fragmented. Patentprotection can be obtained in multiple European countries byreceiving a “European patent” from the European Patent Office. Butsuch patents require validation by national patent offices, whichoften requires translation into another language.

Furthermore, the ‘European patent’ is subject to litigation inthe national courts. The costs of validating and maintaining apatent in many European countries are thus much higher than ineither the United States or Japan, with the burden being especiallyhigh for small and medium-sized enterprises. Therefore, to reducesuch costs, a simplified system, with a single ‘Community patent’that would be valid automatically in all member states and acentralised Patent Litigation Court for both European and Communitypatents should be implemented.

Funding for innovation should be enhanced andresearch co-operation should be encouraged. The market forhigh-risk capital, such as private equity and venture capital,plays an important role in the financing of innovation, especiallyfor young, innovative companies, but is underdeveloped inEurope.

The Commission and other Community-level bodies have thus takensteps in the European Economic Recovery Plan to ensure thatfinancing of such companies is supported during the ongoingrecession. Further ahead, the Commission will need to followthrough on plans to tackle obstacles to cross-border venturecapital provision.

It should enhance the effectiveness of innovation policy designand delivery by tackling overlaps between the numerousCommunity-level programmes that offer funding for innovation, bylooking for unexploited synergies and by reducing the presentlyhigh cost of research grant applications.

Innovation activities increasingly involve co-operation betweendifferent groups. Yet European innovation surveys indicate thatpublic research organisations are a key information source for onlya relatively small number of companies. This could mean that thereare only a few commercial applications of the basic researchundertaken in Europe, but is more likely to indicate that there areobstacles preventing firms from either being aware of the workundertaken in publicly-funded research organisations or fromaccessing it.

The Commission produced guidelines for universities and researchinstitutions to improve their links with European companies in 2007and is to upgrade the status of the EU Forum forUniversity-Business Dialogue. In 2008 it adopted a Recommendationon the management of intellectual property in knowledge transferactivities and a Code of practice for universities and other publicresearch organisations.

The rules for participation in Community-level R&D fundingprogrammes should be extended to ensure that all applicants have tosubmit plans for dissemination of research findings as part oftheir research projects. Consideration should also be given to waysin which the European Union might further strengthen research andinnovation links with other regions. 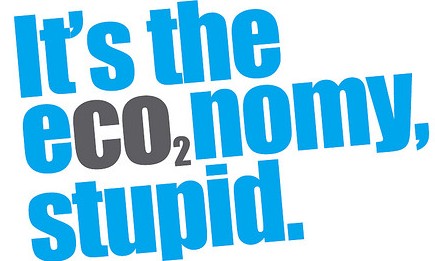