‘In his proposed budget for 2010, Chu wanted $480 million tostart eight

Last week. Conferees to the Energy and Water spending billapproved funding for three of the centers, two in energy efficiencyand renewable energy and one in nuclear energy. Its skepticism wasno surprise, having been included this summer in reportsaccompanying the spending bills in the House of Representatives andSenate.

In August Chu admitted to a mediocre job of selling the idea andovercoming congressional concerns that the concept was poorlythought out and not well-coordinated with other energy research atthe Department of Energy. House appropriators were particularlyunkind to the idea, noting: ‘A new set of centers with overlappingresearch goals risks adding confusion and redundancy to theexisting fleet of research and development initiatives.’ 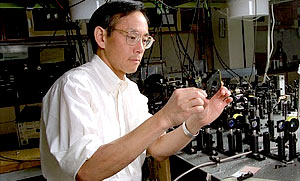