The ISS has been continuously staffed since 2000 and now has asix-member crew. The primary objective for the ISS through 2010 isconstruction, so research utilization has not been the priority.Some research has been and is being conducted as time and resourcespermit while the crew on board performs assembly tasks, butresearch will is expected to begin in earnest in 2010.

NASA projects that it will utilize approximately 50 percent of theU.S. ISS research facilities for its own research, including theHuman Research Program, opening the remaining facilities to U.S.ISS National Laboratory researchers.

NASA faces several significant challenges that may impedeefforts to maximize utilization of all ISS research facilities,including:

-the impending retirement of the Space Shuttle in 2010 and reducedlaunch capabilities for transporting ISS research cargo once theshuttle retires,

-high costs for launches and no dedicated funding to supportresearch,

-limited time available for research due to the fixed size of crewand competing demands for the crew’s time, and an uncertain futurefor the ISS beyond 2015.

NASA is researching the possibility of developing a managementbody -including internal and external elements- to manage ISSresearch, which would make the ISS National Laboratory similar toother national laboratories. Though there is no existing directanalogue to the ISS, GAO studied two national laboratories andseveral other large science institutions and identified threecommon practices that these institutions employ that could benefitthe management of ISS research.

Centralized management body: At each of theinstitutions GAO studied, there is a central body responsible forprioritizing and selecting research, even if there are differentfunding agencies. NASA’s ISS managers are currently not responsiblefor evaluating and selecting all research that will be conducted onthe ISS, leaving this to the research sponsor.

Robustuser outreach: Thelaboratories and institutes GAO studied place a high priority onuser outreach and are actively involved in educating and recruitingusers. NASA has conducted outreach to potential users in the publicand private sectors, but its outreach is limited in comparison. 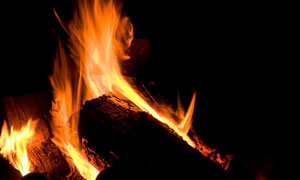