NASA will extend the international Cassini-Huygens mission toexplore Saturn and its moons to 2017. The agency’s fiscal year 2011budget provides a $60 million per year extension for continuedstudy of the ringed planet.

“This is a mission that never stops providing us surprisingscientific results and showing us eye popping new vistas,” said JimGreen, director of NASA’s planetary science division at NASAHeadquarters in Washington. “The historic traveler’s stunningdiscoveries and images have revolutionized our knowledge of Saturnand its moons.”

Cassini launched in October 1997 with the European Space Agency’sHuygens probe. The spacecraft arrived at Saturn in 2004. The probewas equipped with six instruments to study Titan, Saturn’s largestmoon. Cassini’s 12 instruments have returned a daily stream of datafrom Saturn’s system for nearly six years. The project wasscheduled to end in 2008, but the mission received a 27-monthextension to Sept. 2010.

“The extension presents a unique opportunity to follow seasonalchanges of an outer planet system all the way from its winter toits summer,” said Bob Pappalardo, Cassini project scientist atNASA’s Jet Propulsion Laboratory in Pasadena, Calif. “Some ofCassini’s most exciting discoveries still lie ahead.”

This second extension, called the Cassini Solstice Mission, enablesscientists to study seasonal and other long-term weather changes onthe planet and its moons. Cassini arrived just after Saturn’snorthern winter solstice, and this extension continues until a fewmonths past northern summer solstice in May 2017. The northernsummer solstice marks the beginning of summer in the northernhemisphere and winter in the southern hemisphere.

A complete seasonal period on Saturn has never been studied at thislevel of detail. The Solstice mission schedule calls for anadditional 155 orbits around the planet, 54 flybys of Titan and 11flybys of the icy moon Enceladus.

The mission extension also will allow scientists to continueobservations of Saturn’s rings and the magnetic bubble around theplanet known as the magnetosphere. The spacecraft will makerepeated dives between Saturn and its rings to obtain in depthknowledge of the gas giant. During these dives, the spacecraft willstudy the internal structure of Saturn, its magnetic fluctuationsand ring mass.

The mission will be evaluated periodically to ensure the spacecrafthas the ability to achieve new science objectives for the entireextension.

“The spacecraft is doing remarkably well, even as we endure theexpected effects of age after logging 2.6 billion miles on itsodometer,” said Bob Mitchell, Cassini program manager at JPL. “Thisextension is important because there is so much still to be learnedat Saturn. The planet is full of secrets, and it doesn’t give themup easily.”

Cassini’s travel scrapbook includes more than 210,000 images;information gathered during more than 125 revolutions aroundSaturn; 67 flybys of Titan and eight close flybys of Enceladus.Cassini has revealed unexpected details in the planet’s signaturerings, and observations of Titan have given scientists a glimpse ofwhat Earth might have been like before life evolved.

Scientists hope to learn answers to many questions that havedeveloped during the course of the mission, including why Saturnseems to have an inconsistent rotation rate and how a probablesubsurface ocean feeds the Enceladus’ jets. 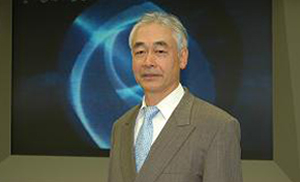 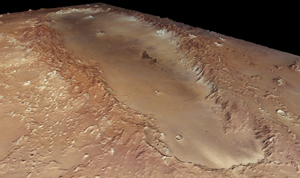 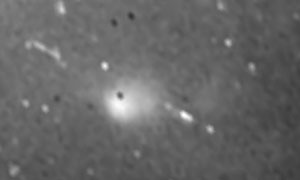