Europe is in many respects in a crisis: a financial crisis, oneof sustainability and one of demography. For universities thereexists also an intellectual crisis, as the complexity of thepresent world – and how to cope with it – is insufficientlytransmitted through teaching to the next generation.

We believe that universities are an important force to addressthese crises and to find new ways to surmount them.

The undersigned plead for urgent action to be taken byuniversities, EU member states, the European Commission and civilsociety to empower universities so that they can fully utilizetheir innovative potential.

1. Increase mission differentiation within higher education,along with differentiation of strategies, new governance andfinancial arrangements. Much of today’s diversity is stuck inregional or national contexts. Increased differentiation is neededin order to integrate the full spectrum of students who aspire toadequate participation in the emerging innovation society. Thisincludes a substantial part of presently untapped talent, likeunderrepresented groups and life long learners. But Europeanuniversities must also become more attractive to the best andbrightest in order to maintain Europe’s competitive position in aglobalizing world.

2. Mobilize the full potential of universities to engage ininnovative teaching and learning and in research. This requirestheir full autonomy. A professional management approach byuniversities makes it necessary to separate academic leadership,responsible for high academic standards, and a (supervisory) Boardof Trustees. The latter must be independent and responsible for thestrategic pursuit of the mission and appoints an independentuniversity leadership for the day-to-day management. Thearrangement for public funding of higher education should beassigned to support such autonomy, which includes risk-taking andinnovation as well as public accountability.

3. Make European universities and HE systems much moreinternational. This means attracting more students and researchersfrom Europe itself, but also from other parts of the world.Education should be based on effective learning and geared towardsproblem solving, preparing them for a global labor market embeddedin responsibility for a sustainable future. The development ofbroad, general education in the introductory part of renovatedcurricula has the potential to enhance cultural awareness anddemocratic citizenship among students. Universities themselves needto develop a stronger culture of placement, a sense ofresponsibility for the destiny of their students in society and inthe labour market. In short, European universities should train forglobalized leadership.

These recommendations can be better realized when EuropeanGovernments commit themselves to a financing of universities whichis balanced with the social and economic returns.

Time has come for creating a differentiated world class systemof higher education within the context of the European HigherEducation and Research Area. Governments and the EC are requestedto take further steps in this direction e.g. by portability of(students) grants and loans over national borders and theintroduction of a European Statute for a limited part of Europeanuniversities.

The undersigned are in full agreement on these points, led by awish to promote the empowerment of Europe’s higher education. Wehope to produce a basic guideline to assess the performance of EUmember states to empower European universities by June 2011. Afirst progress report is scheduled to be prepared by June 2012, tobe followed by successive progress reports. These documents shallbe produced by an NGO (Empower European Universities – EEU) forwhich the undersigned act as founding members in collaboration withindependent correspondents in each of the 27 EU countries.

“Educate the next generation so as to cope intellectually,morally and politically with the messiness and complexity of theworld” (Yehuda Elkana) 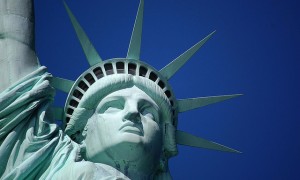