The study’s findings show that high-income regions are usuallythose with highly educated populations. Wealth capital thereforeseems to correlate with what scientists call ‘human capital’.Another conclusion drawn from the data is that areas that offerknowledge-intensive, professional and creative jobs or are home tohigh-tech industries tend to have a well-earning population aswell. Along with higher income come mostly significantly highercosts of living.

Nevertheless, the income gap between rich and poor areas is solarge that rich households can easily afford these high costs ofliving. An evident example for this gap appears in the fact thatthe median household income of Greater Washington is with $85,000twice as high as the ones from poorer US regions in Mississippi,Alabama and New Mexico.

In its study, the MPI predicts that the cleft between rich andpoor Americans will continue to grow in the future. As the USproceeds transforming its society – from industrial productiontowards a knowledge society with highly educated employees – wealthwill be more and more concentrated in a few regions that respond tothis change. The MPI therefore urges the US administration to actupon its findings and reform educational institutionsaccordingly. 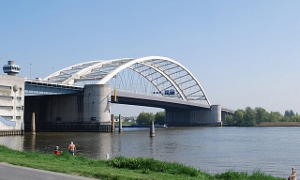