Yesterday the United States celebrated the 234thanniversary the 4th of July 1776, the day ofthe official declaration of its independence as a republic. Theprimary document stating that the then thirteen American colonieswould no longer belong to the British Empire was called the’Declaration of Independence’. In summer 1776, Thomas Jefferson,member of the founding Congress and later Secretary of state andthird President of the USA, sat down to write a first draft of thispaper that would set the foundations of modern democracies.

Given the historic importance of this task, Jefferson was veryaware that every word should be well chosen. How difficult thatcould be was only recently discovered by the US Library ofCongress. With the help of spectral imaging, a technology usuallyemployed by the military, research scientists analysed the earlydraft written by Jefferson and came to a curious insight.

While writing this statement on the equality of theAmerican people to one another and their unalienable civil rights,Jefferson was still caught in an old mindset, at least languagewise. In one main passage, he addressed the American people as´Dear fellow subjects´ which he apparently erased shortlyafterwards and inserted ´Dear fellow citizens´ instead. Why wouldJefferson care about this little change so much that he completelyerased the old formulation instead of just crossing it out as donein other parts of the draft?

The answer for this lies in the connotation of the word ‘subjects’.Subjects always referred to the people that were subject to a king.This form of government was exactly what Jefferson wanted to breakwith, given the position of the American ‘subjects’ of KingGeorge III within the British Empire.

The word ‘citizen’ meant breaking with this terminology and openedup for a new understanding of the people as individuals that areequal to each other. In France after the 14th of July 1789 itbecame fashionable to adress other people -men in particular ofcourse- as ‘Citoyen’, thanks to the USA as the example of arevolutionary, democratic society.

By the way, the two last surviving authors and signatories of thishistoric document died on the same day. They were thesecond president  of the USA, John Adams, who hasalso been the first ambassador to the Netherlands, and hissuccessor as president, Thomas Jefferson himself. They diednot on a day like any other. Both met their Maker on the4th of July of 1826, exactly 50 years after that historic day fortheir nation. The president who led the mourning of the USA onthis sad day was John Quincy Adams, the son of the first presidentAdams. 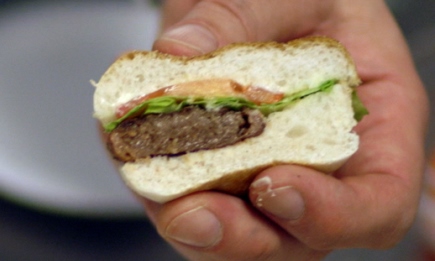