Universities all over Holland claim teaching excellence. Is thatclaim justified? Having studied for two years in Holland, I have mydoubts. Most of the courses I attend in lecture halls along with100-200 fellow students. Eight weeks you watch teachers flippingthrough their PowerPoint-slides. At the end of each period you sita multiple-choice exam. Even if you get 39 out of 40 correctanswers, you ask yourself, ‘Did I learn anything at all?’

This superficial learning is widespread, but not a must. Ineeded one learning lab and one book to see why.

My experiences with this course were intense andmeaningful, however only later having read The Meaning ofLearning and Knowing I was able to put its features intocontext. In this book, Van Rossum and Hamer elaborate theirsix-stage developmental model describing at which levels learningand teaching can occur.

Stages 1 till 3 entail reproductive learning. Information issimply memorized, e.g. for examination purposes later on. Mostuniversity education is based on those first three stages. Highereducation, however, should entail more than superficiallymemorizing information. Van Rossum and Hamer see a watershedbetween stage 3 and 4 where students shift their concept oflearning from reproducing knowledge to constructing meaning. Instage 4, students develop the capability to think within ascientific theory and gain a critical awareness of itsassumptions.

But only at stage 5, students start to expand their thinkingbeyond disciplinary borders and apply their knowledge to givemeaning to their reality. This involves teachers functioningpredominantly as guides who are specialists in their respectivefields. The topic is explored in group discussions where professorand student represent equal partners. Such teaching techniques losetheir relevance once teaching proceeds to stage 6. Van Rossum andHamer state that here the focus shifts from ‘learning-to-know’ to’learning-to-be’. Students develop an increased self-awareness andsee learning as key element of answering the question ‘Who am I?’In order to achieve this stage, professors have to truly find their’inner voice’ and create an atmosphere of mutual trust and sharingin their class.

Studying The Meaning of Learning and Knowing gave me aclearer picture of what happened during ‘Pioneering in LeadershipLearning’. While most teachers like to resort to classical teachingtechniques involving PowerPoint-slides, standard literature andmultiple-choice-examinations, our professor, Thieu Besselink, brokewith this teaching consensus.

The course was spread over four months with the first half beingshaped by Besselink and the 2nd half being organized bythe students themselves. We started off with a series of sessionsmeeting with society shapers. They proved to be people who trulyconnect to what they do ultimately finding their inner voicecorresponding to stage 6.

Being taught by such pioneers is inspiring, but only byreflecting what they said and how it applied to us in our everydaydecisions made us learn in a deeper way. For this purpose, we weregranted time and space in group discussions as well as in our blogsonline where we analysed decisions we made and why we made themreaching a higher level of self-awareness. To make this happen, itwas crucial to create an atmosphere of mutual trust and opennessreferring to stage 6 in Van Rossum and Hamer’s model. Sharing andopening up to the group meant exposing a weakness which was onlypossible in a safe environment.

Together we explored concepts like using inspiration and courageto unveil value with zero resources. Input was given by leadingpioneers we met as well as by Otto Scharmer’s ‘Theory U’. What madethese lessons stick was the fact that at some point in the coursewe took charge of our own learning progress and put these ideasinto practice.

From Hierarchical to Natural Leading

One memorable experience for me was the day the harmony in ourgroup came to a halt. During the session before, we had the idea tocreate joint initiatives, one of which being Geeds – a platform forgood deeds worth spreading. Being part of the team that came upwith the idea, I felt responsible, but lacked time to do somethingabout it.

When we met again it became clear that Geeds had not made anyprogress at all since nobody took the lead. A tense discussionstarted with our whole group of which a few did not want to joinGeeds in the first place. Some of these people stood up and leftthe group. Amongst this chaos I made an attempt to lead thediscussion back on track. Finally, I was even physically standingup while my classmates remained in their seats. However, this typeof leading did not do the trick and I finally sat down again.

What had happened? I decided I wanted to talk with somebodyabout this experience. Part of the course was to find an inspiringmentor to reflect on leadership. So I gave it a shot and contactedHerman Wijffels, former CEO of Rabobank. He told me that especiallyin an environment where group members are equal, one cannot simplylead by claiming leadership artificially. This corresponds to aleader in a hierarchy that I was going for by physically standingup. Instead, members of a group would only follow if a person comesup with the best concepts directing the path the group would takein a natural way.

Over time, I encountered more situations where my view onleadership was challenged. Sometimes these lessons were painful butthen even more rewarding. Besselink managed to create anenvironment in which he would not simply make us memorizeknowledge, but empower us to build the very capabilities we need tolead. I became more self-reflective and also aware of others. Irealized how crucial for success it is to be courageous to seizeopportunities and keep group members connected to an idea.

In other words, I encountered true learning which is exactlywhat ‘excellence’ in  universities aims for. It is not aboutthe mere reproduction of given knowledge. Far more it is about theempowerment of a student in an academic environment such as the onecreated in the Learning Lab.

So coming back to the question, ‘Did I learn anything at all?”Oh yes, sir, more than ever before!’ 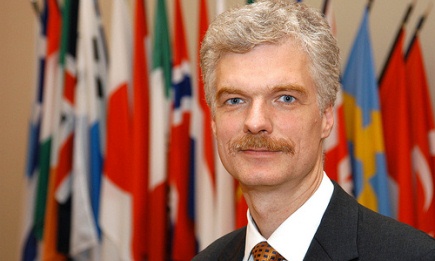