The convection follows regions, or cells, and is driven by gasthat roils and boils, similar to the boiling of water in a pot. Themotion of the gas within the convection cells changes the lightwaves emitted by the surface of the Sun. Scientists measure thechanging light waves using an instrument called a dopplergraph thatis mounted on a spacecraft called the Solar and HeliosphericObservatory (SOHO).  The measured light changes are translatedinto motion (sound) waves by computer models that capture therelationships between light waves and sound waves.

Because the resulting sound waves are at a frequency too low tobe heard by humans, the signals are sped up to become audible. Theresult: an inferred composite of solar sound waves that includes”all kinds of frequencies,” McIntosh said.

The Sun’s serenade can only be inferred because there is no airin the 93 million miles of space between the Earth and Sun. Andsince sound cannot travel through a vacuum, the Sun cannot bedirectly heard from Earth. McIntosh compares the multi-frequencysong of the Sun to the ringing of cathedral bells that each hitdifferent notes. Just as cathedral bells get louder and chime outcertain pitches when certain bells are simultaneously rung, the Sunbelts out rhythmic bass thumps over its background hum when certainfrequencies overlap with one another. 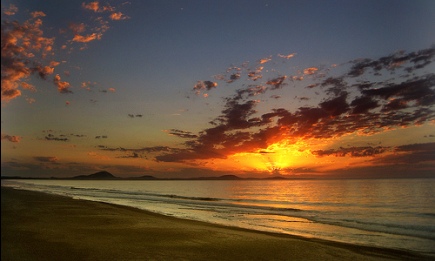