“We’re undergoing a paradigm shift here – we’re finding so manycandidates we’re not able to validate all of them,” verteltplanetary scientist Sara Seager at the Massachusetts Institute ofTechnology op SPACE.com. “Instead of spending so much timestudying individual objects because we had so few to look at, nowwe can move to studying them statistically bunches at atime.”

Not only can scientists now identify what types of planets exist,they can see how common each type is, yielding clues into theenigmas of planetary formation. “Perhaps exo-Neptunes are morecommon than exo-Jupiters.”

And research into exoplanets is raising new mysteries as well.Planets are known to migrate toward or away from their stars overtime, but the process is poorly understood. “Researchers have mademodels of exoplanet distributions around their stars, and in modelsof their migration, they don’t match the models we observe at all,”Seager said.

Recently one exoplanet has found itself embroiled incontroversy – Gliese 581g, the first world to be discovered in itsstar’s habitable zone, where, as in Earth’s case, it is neither toohot nor too cold for liquid water, and possibly for life. Theproblem is, a follow-up study failed to confirm that this planeteven exists, astronomer Francesco Pepe at the Geneva Observatory inSwitzerland found.

Whether Gliese 581g is an actual planet remains an openquestion. “His conclusion was simply that their new analysis couldnot confirm the existence of Gliese 581g, but neither could theyrule it out,” said astronomer Alan Boss at Carnegie Institution ofWashington of Pepe. “It seems to me that the data analysisdifferences explain most of the differences in the interpretationsof these data sets.” 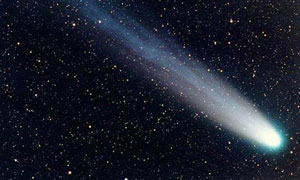