Though scientific evidence of human-caused climate change hasaccumulated to the point that there is wide consensus amongscientists, well-funded, industry-backed organizations havesucceeded in sowing doubt among lawmakers and the public, panelistssaid. The result is debate instead of action that might hurtcorporate bottom lines.

Panelists drew parallels with the decades-long battle againsttobacco and other instances of scientific uncertainty and corporateresistance, such as the debate over burying nuclear waste underNevada’s Yucca Mountain and automakers’ resistance to equipping allcars with seat belts.

Despite clear evidence and scientific consensus that smoking causeslung cancer and a host of other ills, such as heart disease,stroke, and chronic obstructive lung disease, tobacco companiesmounted a vigorous defense of their product for decades, throughadvertising, by questioning scientific findings, and by counteringthem with studies funded with industry money.

Tobacco “was recognized as a human health hazard, but it wasextraordinarily difficult to get any restrictions,” said JamesMcCarthy, Alexander Agassiz Professor of Biological Oceanography.”We have a similar situation with respect to climate science.”McCarthy was joined on the panel by Sheila Jasanoff, PforzheimerProfessor of Science and Technology Studies and professor ofenvironmental science and public policy at Harvard Kennedy School,and by Bruce Gellerman, host of the public radio program “Living onEarth.”

Dean Allan Brandt, author of the book “The Cigarette Century,”compared climate change not only to tobacco but also to earlyefforts to curb cholera. Though 19th century physician John Snowwas convinced that cholera was borne in the water – something wenow know to be true – microscopes of the time couldn’t detectanything unusual. Despite the uncertainty, Snow convinced localofficials to remove the handle from a water pump, effectivelyending an epidemic that killed 616 people.

“The questions before us are among the most important in globalscience and policy,” Brandt said. “How much do we need to know froma scientific perspective in order to act?”

McCarthy said that much of the uncertainty in projecting the impactof climate change is related not to nature, but to humans.Questions remain about how many people the Earth will support inthe coming decades, about what their standard of living will be,and about what fuels they will use, he said. McCarthy said theculture of scientists sometimes adds to the perception problem,clashing with the treatment of uncertainty that is common inpolitics and public policy.

For a scientist, he said, uncertainty is something at the center oftheir efforts. Scientists routinely consider what they don’t knowand incorporate that into their presentations of what is known asan avenue of future work. In the public arena, discussions ofuncertainty can be seen not to highlight future areas of concern,but rather to undermine what is known.

But industry is not always the bad guy, Jasanoff said. She pointedout that business finances much useful research too, and in factthere have been efforts to forge closer ties between industry andacademia as a way to bring useful innovations to market. Jasanoffsaid there may be structural reasons in America why many people areprone to such doubts about scientific findings. In Germany, shesaid, greater efforts are made to bring science to bear on policy,and the result is fewer such divisive debates.

Jasanoff said the tolerance for scientific doubt in the policyarena is relatively new. Before the 1950s, the American system ofcommon laws required certainty of harm before legal action could betaken. Pollution, she said, not just had be present in a waterwaybefore it could be stopped, but harm from that pollution had to beimminent. With growing environmental awareness in the 1960s,society became more comfortable with the idea of acting before harmwas apparent, shifting science’s role from saying “this is how itis” to “this is how it will be.”

“We’ve opened up vast worlds where we’re trying to predict thingson which we don’t have a very good handle,” Jasanoff said.Thechanging media environment also plays a role, Gellerman said. Withever-shorter news stories and briefer sound bites, and a focus onsuperlatives to make news stand out, it is harder for the public tobe well-informed on a particular subject, he said.

Though scientists are becoming better educated at communicatingwith journalists, McCarthy said, it may be time for those withexpertise in other fields, who are more adept at shaping opinionand policy, to play a more prominent role than scientists.”Sciencealone could not get us any closer to where we need to be,” McCarthysaid.

Despite the public doubt at the federal level, the message doesseem to be getting through, panelists said. Individuals, city, andstate officials are taking the lead on climate change issues,adopting renewable energy sources and passing laws and ordinancesto encourage clean energy and sustainable living. This, too,parallels what happened in the tobacco debate, Brandt said, whenthe first restrictions came at the local level. [bron: HarvardGazette] 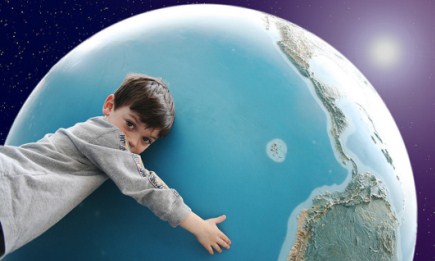