Another issue was the current budgetcuts at NASA. “These would onlydelay the Mars mission further”, said Armstrong and het told thathe had objected in an open letter to president Obama, signed by himand a group of (retired) astronauts. In the light of his strongstances, it could not come as a surprise that unstoppable Armstronghimself offered to lead the next mission to the Mars. The onlything he would do different as the mission-commander this timewould be making sure that there is a “good caterer” onboard sinceastronaut food out of tubes is not something he did not in thesixties and would not in future “pay a lot of money for”.

Neil Armstrong discovered his passion for engineeringearly on in his life. 6 years old he visited his grandfather’s farmand tried to ride and to figure out his tractors. Since grammarschool he dreamed of becoming an airplane designer. This dreambecame true, but he wanted to know what his ‘client’, thefighterpilot experienced in order to improve his designs. This ledto a remarkable change in careers. So not his airplane designs madehim famous. In 1969 with 450 million people watching, NeilArmstrong became the first man to set foot on the moon.

When asked whether he would have allowed his son to participate insuch a dangerous mission, he laughed and stated “Well….parents arevery protective”. He would ask his son what his goal is, howvaluable that goal is to him and how high the risk is since “noprogress is made without risk”. He admitted though that he himselfdid not dare to ask his parents for permission to go to the moon.Nor his wife. 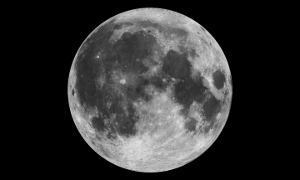 Neil Armstrong passed away yesterday at the age of...