Two research teams from China and Germany successfully analyzedthe DNA of the EHEC bacterium and showed that it is in fact ahybrid combining lethal attributes from two separate E.Colibacteria. Simultaneously, the

By now, almost 2.000 people have reportedly infected themselveswith this bacterium that may cause severe intestinal damage andeven death as in 18 cases so far. Scientists around the world areracing towards finding out where this bacterium came from and howit works. Past research has shown that the EHEC bacterium finds itsway into the gastric system of the infected person. There it dockswith receptors from stomach and blood cells causing those cells tochange their surface in way that they absorb the EHECbacterium.

Once there, the so called Shiga toxin inhibits proteinproduction, finally resulting in cell death. For the infectedperson this means that the EHEC bacterium ultimately dissolves theintestines and blood cells. This also explains why people infectedwith this bacterium are at risk of kidney failure and suffer lowlevels of blood count.

Facing this epidemic will require reliable tests to detectinfections. In that context, the German team of researchers statedthat “the data now gathered at Life Technologies’ laboratories inDarmstadt will be used by scientists at the University HospitalMuenster to develop better tests to positively identify the illnessin people showing symptoms of the infection”

Regarding the genetic composition of the new EHEC bacterium, BGIfound that the “sequence analysis indicated this bacterium is anEHEC serotype O104 E. coli strain; however, this is a new serotype- not previously involved in any E. coli outbreaks. Comparativeanalysis showed that this bacterium has 93% sequence similaritywith the EAEC 55989 E. coli strain, which was isolated in theCentral African Republic.” BGI will conduct further analyses of theEHEC bacterium. Readers interested in getting live updates withtheir findings may follow them via Twitter at @BGI_Events.

Meanwhile, the EHEC issue gained another significant politicaldimension. At first, Spanish cucumbers were believed to be carryingEHEC and subsequently infecting consumers. This finding, however,has been rebuked causing significant tension in German-Spanishtrade relations. Even Dutch farmers seem to be affected ascountries like Russia ban any food imports from the EU to containthe disease. 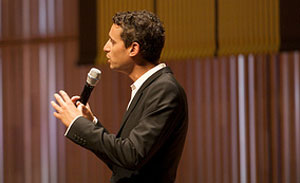