This financial move is a response to a policy shift concludedlast year. Back then, Merkel’s ‘CDA/VVD’-coalition suspended themilitary draft, which required all males with a secondary schooldegree to have military training or opt out for a period of socialservice. This measure is expected to flood Germany publicuniversities with around 50.000 additional male students till2015.

While universities acquire more funding, the Ministry of Defensewill have to make major budget cuts. After Karl-Theodor zuGuttenberg stepped down over his

Massively shifting resources towards higher education andresearch to regulate important issues seems to be a core idea in’the Merkel doctrine’. In 2009, the financial crisis and economicstimulus programs – which led to strong extra investments ineducational infrastructure – severely increased Germany’s publicdeficit. This forced chancellor Merkel to introduce aSparpaket with budget cuts of over €80 billion.  TheMinistry of Education and Research, however, received an

This should not surprise as Angela Merkel herself wasa highly valued chemical researcher and married as hersecond husband professor Joachim Sauer, an eminent physicistand former colleague. She received the most prestigious honourof the Royal Society in Britain on its 350th birthday in 2010,to thank her for her role as a champion of science andresearch. You can read her unusually fiery speech at thatoccasion here on ScienceGuide.

Will Hans Hillen -who has to cut the army expenditure as much ashis German colleague- be as generous to Marja vanBijsterveldt? Will Dutch education be funded for taking on manyex-soldiers and new students? 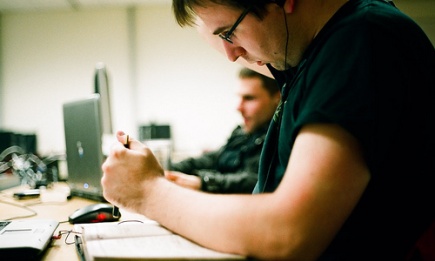