A group of 7 British universities is set to overhaul the way inwhich students are graded in the UK. Their outspoken goal is toabandon the current British honours classification system and adaptan American style Grade Point Average (G.P.A.) standard.

The current system divides students into 5 different classesaccording to the course grades they obtained. First-class Honoursand Second-class Honours from the upper division (referred to as2:1) are most sought after by companies. Students that do not makeit to the upper classes have dire future prospects, critics say,even if they missed 2:1 recognition by a few grade points. Acontinuous scale like the American G.P.A would be the remedy, theyargue.

Supporting universities are the University College London (UCL),the universities of Nottingham, Birmingham, Warwick, Sheffield andYork as well as the prestigious London School of economics. 6 outof these 7 universities are members of the influential

Advocates of the G.P.A. standard argue that it comes with agreater degree of fairness to students and transparency forbusinesses wishing to employ graduates. Michael Worton,vice-provost at UCL and chair of the working group involved in theG.P.A. adoption, urges that in times of “expansion andglobalization of higher education” the old honours classificationsystem would have to be replaced.

The talk over G.P.A. adds to another recent development in theBritish higher education sector. From 2011/2012 on, Britishgraduates will receive a Higher Education Achievement Report (HEAR)along with their diploma. This report will include details ofstudent achievements along with extracurricular activities addingto the standard honours classification.

HEAR was thought up by the Burgess Group, led by Sir RobertBurgess from the University of Leicester. In a reaction to thegrading discussion, Sir Burgess expressed his support of the G.P.A.system. He warns, however, that such a standard would have to beimplemented by all universities stating that “it is not sufficientfor just a small group of universities to award degrees in adifferent way because as soon as they do, employers will raise thequestion of comparability.”

Regarding criticism that universities were giving in to anAmericanization of British higher education, David Eastwood,vice-chancellor of the University of Birmingham, says: “We’redeveloping a model, not importing it. The arguments for doing thisare pedagogic; they are about refining assessment, not aboutconforming to … any other system.”

Which party will finally get its way or whether UK higheducation will split over this dispute remains to be seen.Nevertheless, circulating arguments feed an important discussionEurope should lead about teaching and assessing student merits. In1999, 29 European countries started the Bologna process with thegoal to create a common European Higher Education Area (EHEA).

Main part of this process was the implementation of commonstandards across all European universities. Outcome was theadoption of Bachelor and Master programs alongside the EuropeanCredit Transfer System (ECTS) where one study credit was set to beequivalent to 28 hours of studying Europe-wide. This made the EHEAsignificantly more flexible as students can get credits they earnat different institutions more easily recognized.

Despite these advancements, the Bologna process missed out on akey factor defining higher education and teaching itself: grading.All over Europe, different countries adapt different gradingsystems that are barely comparable to one another. This createsgreat inefficiencies as institutions and companies struggletranslating how well students actually did in their studies. Suchlack of transparency calls for reform. As such the input from theBritish higher education sector could feed a more general debateover reforming the EHEA. 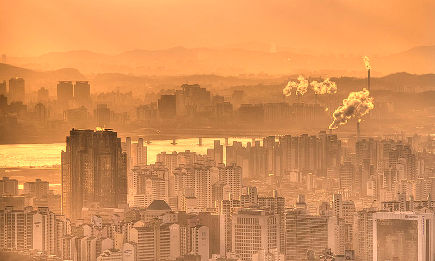 The South Korean government wants to shut down universities...