Originally, this was expected to lead to an average tuition feelevel of £7.500 (€8.500). However, since 58% of all universitiesdecided to charge the maximum amount for at least some of theirprograms, this average will rise to a level of £8.161 (€9.250) evenincluding discounts for disadvantaged students.

OFFA who provided these numbers is an independent,non-departmental public body that was created under PrimeMinister Tony Blair in 2004. This agency has to give thefinal OK to each university which wants to increase theirtuition fees above £6.000 (€6.800). This permission depends on eachinstitute working out access agreements that outline howthey will reach out to disadvantaged students from non-academicfamilies with low incomes. Robin Hood remains a traditional Britishapproach of ‘robbing the rich to hand out to the poor.’

Spending on access programs is consequently expected to increasesignificantly from currently £407m (€461m) to £600m (€680m) in2015/2016. OFFA, nevertheless, admitted that these numbers are mereestimates from the universities´ budgets and did not factor in thatthe overall study demand might decrease with higher tuition fees.The goal is that less than half of the students will pay £9.000(€10.200) including fee waivers and other financial support. Howreliable these numbers are, appears questionable given that thecalculations did not work out for the average tuition leveleither.

The increased cash flow from higher tuition fees isdesperately needed after Cameron slashed the higher educationbudget by £200m in 2010. Due to this move, an approximate 24.000study places for UK and EU students were lost. Similarly,as demand for places at British universities increased by 1,4%this year, 220.000 British and European citizens could not starttheir studies.

Another source of aditional income are overseasstudents coming to study in the UK. Non-UK and Non-EU citizens needto pay up to £26.000 (€29.500) per year. To tap into thismarket, David Willets, British Universities Minister, recentlytravelled to South America meeting with Brazilian officials. Brazilitself lacks a fully grown international higher educationsector.

Still, it is one of the most auspicious developing countriesboasting high economic growth (7,5% in 2010) and relatively lowinflation (4,4% in 2010). To guarantee a sufficient supply ofhighly educated future ‘leaders’, Brazil plans to set up ascholarship program allocating grants of £18.700 (€21.200) to10.000 promising students who want to complete their studies inGreat Britain.

Despite being profitable, this move by Willets seems ratherschizophrenic for two reasons. First of all, already now Britishuniversities fight with capacity shortages resulting in thousandsof students being turned away every year. Stakeholders involved inthe UK-Brazil deal meanwhile assure that there is nothing to worryabout. Steve Smith, chief executive at UniversitiesUK accompanied Willets on his trip and pledged that: “thescholarships are for a period of under one year and will not meanfewer places for UK students.”

A second curiosity is that this extra policysupport forrecruiting overseas students goes against the pledge of Cameron tocurb immigration. By 2015 the current yearlyinflow of 196.000 immigrants should be cut down to the tens ofthousands. This would also result in 88.000 overseas students beingdenied a visa. The policymakers seem to have found a loophole forBrazilian students. What BRIC-nation will be next? 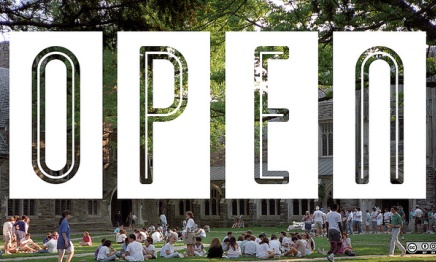 Liberalizing its HE sector, England wants its students to...