The Arab Spring swept dictators out of office inTunisia and Egypt, resulted in a civil war in Libya and causedsevere turmoil in Syria, Yemen, and Bahrain. In Oman, Jordanand Morocco monarchs try to stay ahead of events. Trigger for theseevents was increasing poverty paired with rising food prices andviolent suppression of the people by the police and military.

Education for the Masses, if appropriate

This is due to two reasons: for once, the Arab populations havegrown continuously in the recent past with more and more youngArabs pushing into universities. Secondly, a net of bureaucraticregulations and tight political control over ‘appropriate’ studycurricula paralyzed universities to such an extent, that the onlyway out seemed not to reform the system but simply taking in asmany students as possible.

By now, 200.000 students are enrolled at the University ofCairo. The teaching capacities, however, have stayed the sameleaving many students without a chance to actually attend classes.Even if there is space, classes are often taught not by professorsbut by Bachelor graduates which is a significant drag on teachingquality in the classroom.

No Funding, No Job

The governments themselves offer no financial support to tacklethis problem. Data collected by the World Bank showed that between1997 and 2007 the ratio of students to young people in that agecategory increased by 82%. Combined with an exploding share ofyoung people in society, this means that universities have to dealwith an ever increasing influx of new students. During the sameperiod, expenditure per student as % of GDP went down by almost40%.

What started the Arab Spring, is also main burden for MiddleEastern universities: the stagnating economy. Even though a largenumber of students finishes their education with a degree, theyoften cannot find jobs. The economies in their home countries aresimply not capable of absorbing all these graduates. Consequently,politicians prefer “parking” students in university instead ofsending them to the job market where they stay unemployed.

‘Parking’ graduates in universities, however, cannot veil thissituation anymore. Data from the World Bank shows that unemploymentamong graduates has risen briskly. The share of unemployedgraduates in total unemployment has tripled between 1999 and 2005.This phenomenon became especially apparent as student movementsjoined the Arab Spring and represented a key party pushingrevolutionary efforts.

Salvation in Excellence and Profiling

Meanwhile, top personnel, researchers and teachers areemigrating to richer countries like Saudi Arabia offering highersalaries while especially Syria and Egypt suffer from the resultingbrain drain. To respond to this, Altbach urges those in charge toconduct a policy of profiling similar tothe one suggested by the Veerman Commission on higher education:instead of simply teaching for the masses, universities shouldspecialize in disciplines to offer high quality research andeducation.

According to Altbach, saving higher education in Egypt and Co.will require the new emerging powers to give both resources andnecessary policy guidelines to the institutions involved. Moremoney will not have any effect if it is not divided according to anew value framework promoting academic excellence and quality.Accordingly, the Arab higher education world itself would have toenter a discussion about excellence that is highly present indiscussions about the future of Dutch universities.

Time will tell whether political change in Tunisia and Egyptwill yield change in the ways higher education is dealt with inthose countries. To be effective, policy changes would have to becourageous to have a lasting effect. In the meantime othernations impacted by the Arab Spring try their best to stifle anyrevolutionary movements as seen in the bloody crackdown of protestsin Syria. 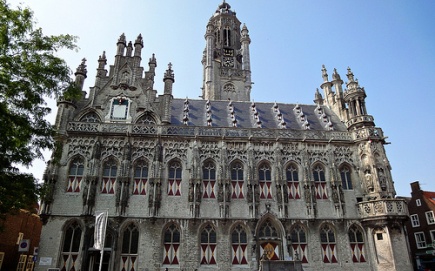 Excellence in teaching and learning

University College Roosevelt welcomes its Harvard colleagues for their...