Using nature’s very own material to create resistant skin seemsmost promising. Spider webs for instance are five times moreresistant than steel. To have spider silk in sufficient supply,Lewis and his team designed a commercially viable method to harvestthese fibers.

The process involves that goats are genetically altered withspider DNA and subsequently milked to extract proteins that can beturned into spider silk. A similar procedure is possible byaltering silkworm genes which then produce the much stronger spiderfibers.

Jalila Essaïdi who studied arts and education at KunstenFontys/Zuyd and Leiden University became aware of Lewis’ researchand contacted him to conduct an experiment. Her plan was to createa skin made up of human skin cells and Lewis’ silkworm spider silkto see whether this mixture could resist a bullet.

Superman not on the agenda

At reduced speeds, however, the spider silk mix proved muchstronger by repelling the bullet while its silkworm counterpartbursted. In her

Lewis who created the spider fibers with the help of transgenicsilkworms remained sceptical that there was “a tremendousapplication [of Essaïdi’s experiments] at the moment.” Creating abulletproof superman is not part of his agenda. Rather, he willlook into using spider silk from goats to create skin for surgicalpurposes. 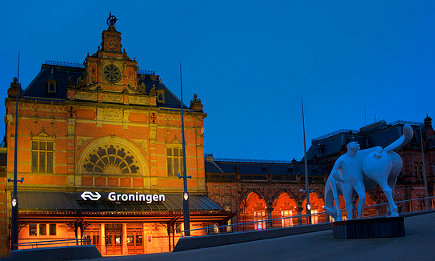