Even after years of verbal pledges to make Europe a “dynamicknowledge-based economy'” and to build an ‘Innovation Union,’ itlooks as if – once again – vested interests will triumph andorganised opposition will combat even the most modest efforts tomodernise budgetary priorities. In many ways, the budgetexemplifies everything that is wrong with Europe – a keen awarenessof the need to change, on the one hand, versus the stubborn andillogical allegiance to the status quo, on the other.

In the absence of any expectation that budget priorities willchange fundamentally in the next Multiannual Financial Framework(MFF), what could be some innovations and new approaches that wouldat least mark some progress and measure of reform?

From subsidies to strategic investments

First, the entire intellectual underpinning of the Europeanbudget needs to be re-thought and re-evaluated. In the ideal world,we would move from a logic of open-ended subsidies and ill-definedgoals of “redistribution” towards a logic of strategic and targetedinvestments of limited duration.  This would necessitate twothings:

-Firstly, fewer grants and more loans. Loans should serve betterthan grants in incentivising recipients to ensure that there willbe a proper return on investment (ideally, a sustainable effect interms of growth, employment and innovation). Some stake inaccepting funding – as would be the case with a loan because itneeds to be paid back – would have the potential to result indramatically improved business plans, execution of projects andimpact monitoring – not least because the loan-granting entitywants to ensure success, as that makes servicing the debt morelikely. Currently, there are insufficient means to reprimand grantrecipients who do not deliver value and impact;

-Secondly, re-think the practice of letting recipients decidehow money is spent. While there are (nominally) some requirementson how to use EU funds, in practice there is too much leeway inletting politicians and fonctionnaires at Member State level decideon spending priorities. The result has been an excessive focus onlarge-scale domestic (pet) building projects, which may serve wellas vote-getters for local politicians but which have hardlyfacilitated structural change, modernised economies and providedlasting value in terms of employment and growth.

That needs to change as European citizens and taxpayers rightlywonder why some of the largest recipients of EU cohesion funds -namely Greece, Ireland and Portugal – are the very countries theynow need to bail out. There are limits to ‘solidarity,’ especiallywhen the concept is abused and countries stubbornly use the moneyto subsidize the unsustainable. By doing so, the budget – and thelarger European project – will continue to lose credibility.

From push to pull

So if local leaders and fonctionnaires should not decideunilaterally how to spend the money, who should? In general, weneed more pull and less push: money should go into areas wherethere is genuine and demonstrable demand and where other actors -such as the European Investment Bank or non-public entities(private companies, financial service providers and venture funds)- are also prepared to take a stake. They would serve as a sort ofquality control because they are only prepared to channel moneyinto projects that they deem fund-worthy and successful overtime.

Many EU-funded projects are not sustainable as they are unableto secure other sources of funding or become self-sufficient: theysimply collapse after EU funding is withdrawn. By trying to preventthese ‘white elephant’ projects from ever getting off the ground,and recognising the need to ensure upfront that projects areviable, the Commission’s DG REGIO is now rightfully pushing theconcept of ‘smart specialisation.’

In a nutshell, it means that regions need to adopt a morebottom-up, entrepreneurial and demand-based rationale behindprojects, rather than the top-down, publicly funded wish-list oflocal politicians. It’s a subtle but profound shift from usingpublic funds to essentially crowd out private initiatives toembracing co-creation and collaboration between public and privateactors. In other words, more pull and less push – morepublic-private partnerships and fewer public-sector solo acts.

From domestic to European

The future MFF needs to have more of a pan-European dimension.It is in the interests of all to spend more where ‘Europe’ can makea difference, such as cross-border transport, energy, and ICTprojects. The reason why going European in these areas makes senseis twofold:

-First, it would be more costly to fund these projectsindividually at national level – which is not advantageous at anytime, but is particularly inappropriate now in the midst of afinancial and debt crisis;

-Second, most Member States by definition are more intent ondomestically focused spending priorities, so it is natural that theEU needs to fill this gap and help make the smart energy grid, the21st century broadband infrastructure and the Europe-widesustainable transport systems a reality.

Against this backdrop, the plans for a ‘Connecting EuropeFacility’ that will provide a policy roadmap and accompanyingfinancial framework for ambitious Europe-wide projects is longoverdue. Such a vision for long-term investment in strategic areaswould not only demonstrate policy commitment but also give thenecessary assurance to private investors (e.g. pension funds) ofbecoming involved in such projects.

From juste retour to own resources

The current system of juste retour, meaning that Member Statestry to get as much out of the budget as they put in, has renderedthe EU’s financial framework dysfunctional, short-sighted and proneto political manipulation. The only way to overcome the dependencyon national contributions to the EU – and lessen the exposure tonational egotisms that so often stand in the way of doing the rightthing for the common good – is to raise more funds from so-called’own resources’. To be sure, this is not about increasing the totalEU budget: it is only about raising funds in a manner that iscommensurate with the challenges ahead, which call for morestrategic investment in the wider European interest.

A tax on financial transactions and allocating part of theEuropean Emission Trading scheme to EU coffers are both goodproposals. And if the Member States spike the proposals for ownresources, they forgo their right to complain about the EU budget -particularly since it is minute in comparison to the ballooning andexpensive state apparatuses which they have built up over theyears.

As is always the case, however, the ultimate test of reform willnot be the policy, the intellectual arguments, the evidencepresented – but the politics, the down-and-dirty of interest groupwrangling, the Member States’ ability and willingness to act beyondtheir alleged immediate short-term interests.

To be sure, this MFF is about something much larger than theactual amount of money, which (as we all know) is comparativelysmall. This MFF is about what we as EU want to stand for in the21st century; it is about demonstrating to our citizens and ourglobal partners that we collectively have the ability to embracechange and embody modernisation – and that we are prepared to walkthe talk of the Europe 2020 Strategy.

Europe is at its best when it supports movement and mobility,exchange and collaboration, renewal and entrepreneurship. These arethe areas that are in need of financing, and where even modest EUdisbursements could make a profound difference. It was MahatmaGandhi who said “You must be the change you want to see in theworld.” If we want a EU that is associated with knowledge, withinnovation, with skills and human capital, with being at theforefront of the 21st century, then it is high time to put ourmoney where our mouth is. 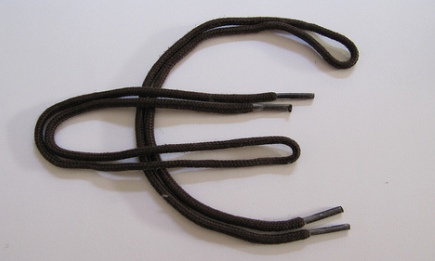