The EU agency Eurydice published a

The Netherlands is pointed out positively in the report forspending an above EU average GDP share on higher education.Studiefinanciering and other student support related measures takea comparatively high share of 26.8% of these expenditures.

Deep HE cuts in PIIGS

The report highlights changes in higher education spending inresponse to the crisis. Over the past academic year (2010/11compared to 2009/10) budgets were most increased in Lithuania,Liechtenstein, Austria, France, Finland and Malta, while thedeepest cuts were made in Greece, Ireland, Iceland, (8-10%decrease), as well as in Spain, Italy, the Czech Republic andSlovakia (up to 3% decrease).

European leaders have set a target for 40% of 30-34 year olds tohave a higher education qualification by 2020 – an increase fromjust over 33% today. “We are failing to make the most of the talentavailable to us in Europe. Unless we change path, we will fallbehind our global competitors. We need to widen access to highereducation to the largest proportion of citizens possible,” saidAndroulla Vassiliou, Commissioner for Education, Culture,Multilingualism and Youth.

As the report states, there seems to be an East-West divideregarding routes to higher education for non-traditional candidatessuch as adult learners and people entering university on the basisof skills gained in the workplace rather than schoolqualifications.

Need for greater capacity and funding in theNetherlands

In terms of student numbers, Turkey features even greatergrowth. Alone between 2000 and 2008, this number increased by149.4%. The Turkish economy grew a staggering 8.2% in 2010which is well in the league of booming countries like China.Greater wealth has now led to a HE boom in Turkey. 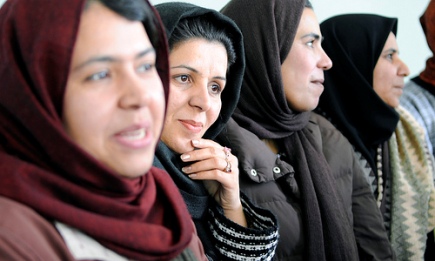