The European Commission recently published an agenda for themodernisation of Europe’s higher education systems, which is arevamp of its 2006 plan. It is important to remember that thecommission exists to support national higher education efforts, butits role is crucial, particularly with regard to funding.

The commission is seeking to increase the budget share from thecentral European Union financial framework from 2014 onwards bymore than 70%. That is money invested directly in more studentmobility grants, more cooperation support and more action on policyissues.

But more importantly, while the overall EU budget is set to remainapproximately the same size, the big increase in higher educationinvestment sends an important message.

If we consider that the potential of our universities is stillhidden to a degree and that we need to do something to release it,then the announcement is a clear communication that greaterinvestment is needed.

The commission does not put it so bluntly, but its actionshopefully speak for themselves. We must bear in mind thattraditionally, spending on education has been tiny compared to theoverall size of the EU budget – the sum proposed represents onlyaround EUR15 billion of an overall EUR1 trillion budget. However,universities will also benefit from the research and innovationbudget and cohesion funds.

Interestingly, the announcement focuses on two crucial issuesthat are of great importance to the success of higher education andthe role it can play in personal, societal and economicdevelopment. Namely, that we need to do more to unleash thepotential of every individual by widening participation, and thatwe need an education system that is more attuned to the needs ofsociety and the labour market.

This means that teaching and learning needs to become morestudent-centred, focusing on building competence and keepingcitizens active for longer.

Europe has long decided that encouraging greater mobility ofstudents and staff plays a key role in bringing down barriers tolearning and freedom.

The commission has been at the forefront of promoting mobility,through specific policies and initiatives such as the Erasmusprogramme, which has sent more than two million students for aperiod of study in another country in Europe since it wasinaugurated.

The Erasmus generation is ultimately European, but also moreadaptable to social and economic change. Being able to study indifferent countries enables students to become better intransversal skills, which have a great long-term value.

Erasmus has been based on providing grants and it has also beentuition-free – students are not required to pay the fees of theinstitutions at which they spend time abroad.

The commission now seems eager to try something new – awarding aloan guarantee of EUR100 million a year to help masters studentsfund full degree study abroad. In the past, mobility has beenlimited for such students as most financial help with fees has beenfor national-level study.

Thus a student from a lower socio-economic background would facean uphill struggle to find the funds to do a full degree in anothercountry in Europe. The commission therefore has a good targetaudience and it knows what that audience needs, following afeasibility study that it carried out.

Shift from grant to loan system

However, this new policy also sends another signal to governments- invest in higher education, but do it through loans so thatstudents also contribute to the costs.

Loans are nothing new and many governments have put them in place,often with the endorsement of students, especially when schemes aredesigned to have so-called progressive elements like incomecontingent repayments, grace periods and subsidised interestrates.

All of these have also been proposed by the feasibility study,which also envisages a new EU institution that will manage aportfolio of EUR60 billion, which in the current political climateappears unimaginable.

The plan is not a concrete proposal, but an idea for guaranteeingsuch loans through private banks (those that the governments stillkeep on bailing out). Thus we can only guess what the realconditions of the loans would be for students. No current study,including the feasibility study, has examined the actualattractiveness of such loans.

Secondly, the commission seems to be expecting everybody toimmediately jump at the opportunity to endorse its idea even thoughthere is not much detail about it and there has been no meaningfuldemocratic dialogue with member states and citizens.

Thirdly, guaranteeing such loans needs to give students morethan what member states are doing already for students, and mustnot act as a disincentive for governments making their own fundsavailable for mobile study, something that has been a key promiseof Bologna process ministers since 1999.

Fourthly, given that the scheme involves private banks, it isdoubtful whether these could offer subsidies or tie repayments tostudents’ later earnings. Such a scheme would not take into accountindividual financial gains or losses since higher education willnot yield huge fortunes to graduates by itself.

Thus the scheme actually doesn’t appear to provide many optionsfor increasing social mobility, as the loans are likely to beexpensive and poorer students are more debt-averse.

Finally, one wonders if this scheme represents a change in theEuropean Commission’s approach to funding streams. The commissionhas stated publicly that it still considers grants to be importantand that loans are simply an additional means of fundingstudents.

But we surely need to admit that rising youth unemployment and anincreasing graduate debt burden might become an explosive mix,leading to greater social divisions between young andold.

What goes through the heads of this generation? How will suchschemes affect today’s and tomorrow’s indebted generation ofgraduates? How will they affect graduates’ plans to become parentsand build capital for the future, for pension and increasinghealthcare costs?

Of course, some economists do not consider this a long-termproblem, but the perception that it might be is there and, ashistory has shown, perceptions are sometimes enough to provoke areaction. 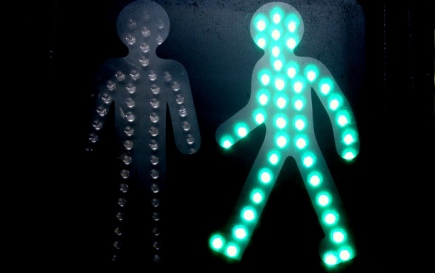 An EU student loan: but why? 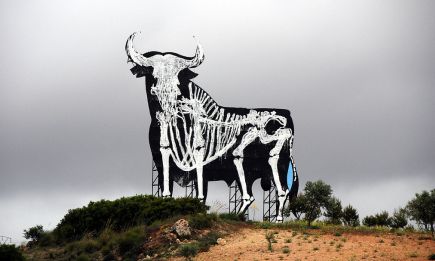 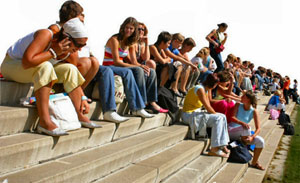