Making energy production and consumption sustainable is aprimary concern of businesses, policymakers and scientists. Swissresearch conducted at the École Polytechnique Fédérale deLausanne (EPFL) now shows a way forward: using insightsfrom quantum physics transistors can be made more efficient cuttingenergy consumption of computers and mobile phones by a factor of100. One of the researchers involved in this project, AdrianIonescu from the EPFL, explains how this technological revolutionwill come about.

Transistors that exploit a quantum quirk

Today’s computers have no less than a billion transistors in theCPU alone. These small switches that turn on and off provide thefamous binary instructions, the 0s and 1s that let us send emails,watch videos, move the mouse pointer… and much more. The technologyused in today’s transistors is called “field effect;” wherebyvoltage induces an electron channel that activates the transistor.But field effect technology is approaching its limits, particularlyin terms of power consumption.

Tunnel-FET technology is based on a fundamentally differentprinciple. In the transistor, two chambers are separated by anenergy barrier. In the first, a horde of electrons awaits while thetransistor is deactivated. When voltage is applied, they cross theenergy barrier and move into the second chamber, activating thetransistor in so doing.

In the past, the tunnel effect was known to disrupt theoperation of transistors. According to quantum theory, someelectrons cross the barrier, even if they apparently don’t haveenough energy to do so. By reducing the width of this barrier, itbecomes possible to amplify and take advantage of the quantumeffect – the energy needed for the electrons to cross the barrieris drastically reduced, as is power consumption in standbymode.

“By replacing the principle of the conventional field effecttransistor by the tunnel effect, one can reduce the voltage oftransistors from 1 volt to 0.2 volts,” explains Ionescu. Inpractical terms, this decrease in electrical tension will reducepower consumption by up to a factor of 100. The new generationmicrochips will combine conventional and tunnel-FET technology.”The current prototypes by IBM and the CEA-Leti have been developedin a pre-industrial setting. We can reasonably expect to see massproduction by around 2017.”

An essential technology for a major Europeanproject

For Ionescu, who heads the Guardian Angels project (a projectvetted for a billion Euro grant from the EU), tunnel-FET technologyis without a doubt the next big technological leap in the field ofmicroprocessors. “In the Guardian Angels project, one of ourobjectives is to find solutions to reduce the power consumption ofprocessors. Tunnel-FET is the next revolution that will help usachieve this goal.” The aim: design ultra-miniaturized, zero-powerelectronic personal assistants. Tunnel-FET technology is one of thefirst major stages in the project’s roadmap. IBM and the CEA-Letiare also partners in the project. 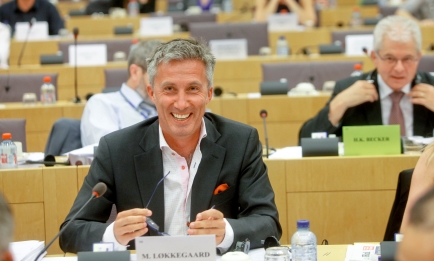 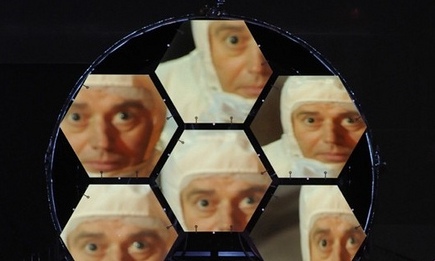 More R&D appetite in the East

The biggest consumers of FP7-money will have pay close...