Engelen explains that the mission of NWO and SURF in the

The Center aims to enhance scientific and scholarly endeavor,for example by deploying advanced ‘Big Data’ analysis tools and ICTmethods from other scientific disciplines for research purposes. Itwill also help researchers use the various tools in an innovativeand creative manner. So eScience also encouragesinterdisciplinarity, making it logical for SURF and NWO to tacklethis venture together.”

Lundqvist and Engelen both emphasize the importance of therecommendations of the ICT Regie organization in setting up theeScience Center. “Those recommendations were based on an overallassessment of the e-infrastructure and the development of ICT forscience and scholarship,” says Engelen, “and they were an enormousincentive for us. We realized that we not only needed to combineinnovative research projects and modern eScience concepts; we alsoneeded to construct the necessary e-infrastructure. It’s much moreeffective and efficient to do that as a team.”

Lundqvist also mentions a study by the Advisory Council forScience and Technology Policy (AWT) of the top position of theNetherlands in the development of “enhanced science,” which gaveSURF and NWO an added incentive to “take the crucial stepsnecessary to actually do it.” It was against the background ofthese incentives and the complementary strengths of the twoorganizations that NWO and SURF decided to set up the eScienceCenter as “the linking pin between actual scientific and scholarlyendeavor and the e-infrastructure.” “Both our organizations are ‘Abrands’,” says Engelen. “We know how to optimize the country’sposition and opportunities in fields such as Open Access and noweScience as well.”

Early this year, Engelen and Lundqvist appointed Prof. Jacob deVlieg as director of the eScience Center. He and his team haveidentified

“That also applies to the connection between basic research andmore applied types of scientific endeavor. In the United States,for example, eScience is being used to aid the transition frominnovative applications to practical models that can be used bysmart SMEs. We can definitely learn from that approach,” saysLundqvist.

The Netherlands sets an example

Engelen explains that the Netherlands is currently the worldleader in eScience, and SURF and NWO find it essential to maintainand increase that lead. They see that as a shared responsibility.”We are the leader thanks to the way knowledge and technology areso highly developed in this country,” says Lundqvist. “Moreover, wedon’t form a ’threat’ to the other big systems or countries, but weare still big enough to really play an important role, even forthem.”

“In other countries,” he goes on, “the development of eScienceis primarily ’tech’-driven. Here it’s different: we tackle thingsfrom a science-driven perspective. The idea is to give researchersoptimal facilities for dealing with the necessary ICT and data.That approach is now attracting attention internationally, forexample in Scandinavia, where they are extremely interested.Interest in Asia is lagging somewhat behind.

That’s because although science is flourishing in Asia, theydon’t have the capacity there to connect up infrastructures,content, and a solid tradition of scientific collaboration. InAsia, the tendency is still to go for ‘really big’, ‘mostpowerful’, etc. when it comes to equipment and institutions. But webelieve it’s also important to ask yourself what you can do withthat size or power in a much broader context. That’s where eSciencecomes in,” explains Lundqvist.

NWO and SURF believe that their science-driven approach willallow them to explore new modes of collaboration through eScience,not only to develop new tools but also to re-use existing ones moreefficiently. That could save the Dutch research sector a lot ofmoney. “But it will only work if we trust one another,” saysEngelen. “If researchers can learn from one another and also learnhow to develop new data utilization and other applications, then itwill definitely boost the ‘re use’ of tools and successful researchstrategies. The time really does seem ripe for that!”

Engelen and Lundqvist believe that the biggest opportunities arein the life sciences, but they also see major opportunities foradvances in the eHumanities, as shown by the fascinating “enhancedpublication” about the sixteenth-century composer Josquin desPrez.

“Research on systems biology, for example, requires such deepprocessing of data and generates such an incredible quantity ofdata,” says Engelen, “that you need really smart methods to makethe necessary advances in knowledge and to exploit opportunitiesfor innovation.” A comparable challenge is the way the astronomersat LOFAR utilize the enormous quantities of data that they gainfrom the depths of space. “All of a sudden, one of the mostrelevant issues is what questions to ask. You have to match smartresearch strategies and how you use your physical data storagecapacities. That’s a challenge that cuts right across theboundaries of the various disciplines.”

NWO and SURF foresee a range of significant partners for theeScience Center and for future development within this area.”There’s already a lot of synergy between the themes that we’redeveloping and those of the ‘Key Economic Sectors’ (as designatedby the Ministry of Economic Affairs, Agriculture and Innovation)and their standard bearers,” says Engelen. “That’s necessary too,don’t you think?” he asks – kidding Lundqvist, who acts as the”standard bearer” for the “high tech” Key Economic Sector.

But isn’t there a danger that eScience will be viewed assomething that only concerns scientists in university laboratories?”We can’t allow a misunderstanding like that to arise,” saysEngelen. “Look at the United States and the way eScience tools arebeing used for innovation in the SME sector. We’ll need to developour relationship with universities of applied sciences (‘HBOs’) andtheir knowledge networks, and with innovative SMEs. We hope thatsome of the associate professors who run the HBO knowledge networkswill decide that eScience is something they can really make use of.And I don’t just mean in research for the SME sector but in theirown educational programs. After all, eScience offers so many newopportunities.” 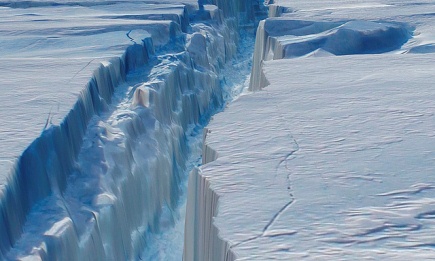 Data-driven research across multiple disciplines and sites? It’s not...