‘This quiet octogenarian has waited patiently for the world tocatch up with his ideas. His theory about the

The second was initially rejected by the journal PhysicsLetters, which annoyed him. He later said they clearly did notunderstand him, but it was finally published not long after inPhysical Review Letters, another leading publication.

By the early 1970s Higgs’ name was being associated in academicpapers and conferences with the theories that he and teams inBelgium and London had been researching independently. “He stillsometimes squirms when you call it the ‘Higgs boson’ in hispresence. He refers to it sometimes as ’the boson which bears myname'”

And the particle itself was to acquire Higgs’ name. A formercolleague, Oxford Emeritus Prof Ken Peach, recalls returning from aconference where the fellow scientists were referring constantly toPeter Higgs: “I saw Peter in the coffee lounge and said ‘Hey Peter!You’re famous!’ ” His reaction was typically low-key, and he gave adiffident smile. “Peter is a very unassuming man, and I think formany years he was somewhat embarrassed by all of the attention. Ithink over the years he has become more comfortable with it,” saysProf Peach.

Still, not overly so. “He’s very self-effacing,” says thescience journalist Ian Sample, author of Massive: The Hunt for theGod Particle. “He still sometimes squirms when you call it the’Higgs boson’ in his presence. He refers to it sometimes as ’theboson which bears my name’ in an apologetic way. He realises thathis name has gone onto something that was really the result of manypeople’s work.”

No prizes in physics

Peter Higgs was born in Newcastle in 1929. His father was a BBCsound engineer. When his family moved to Bristol, he proved abrilliant student at Cotham Grammar School, winning many prizes -except in physics. But one day, sitting through a dull assembly, afamous name on the honour board of ex-pupils caught his eye: theNobel prize-winning physicist, Paul Dirac.

“Peter was really good at reading around subjects, and wouldn’tjust go to lessons and learn what the teachers say,” says IanSample. “So, Peter really got into Dirac and what the issues ofphysics were at the time.” After school, Higgs read physics atKing’s College London, studying the then brand-new theoreticaloption.

Fellow student Michael Fisher – now a professor at theUniversity of Maryland – remembers Higgs excelling in thefirst-ever exam in the subject: “As I recall he did the problem inquantum mechanics. It was based on a paper that had been publishedrecently… and by all accounts he did a better job on the problemthat was set to him in a three-hour exam than the original authorof the scientific paper had done.” Higgs was awarded first classhonours in 1950. He applied for a lectureship at King’s College,but it was his friend Michael Fisher who got the job, and so Higgsheaded to Scotland.

“As a 31-year-old researcher at the University of Edinburgh,people called him a fuddy-duddy because he was working on somethingthat was seen as uncool,” says Ian Sample. “It was a type ofphysics that people just thought was going nowhere. And he justdecided ‘No, you don’t understand it as well as I do, and I thinkit’s got something and I think it’s worth pursuing’. And if hehadn’t pursued it – and he was pretty much alone in doing it,certainly in the UK – he wouldn’t have got his theory, it wouldn’thave happened, we would never have heard of him.”

Outside of academic circles, though, Higgs was not well known.For the next 20 years, he continued writing and teaching but therewere difficulties in both his professional and his personal life.He had married, but split from his wife a few years after their twosons were born. And some friends feel Peter Higgs did not make thekind of impact that might be expected of a scientist of hiscalibre.

Peter Higgs retired from the University of Edinburgh in 2006,and continues to watch developments at Cern from a distance -without a TV, or a computer, and rarely answering the phone, thoughkeeping up-to-date through the latest physics journals. Hecontinues to inspire a younger generation of physicists, such as DrVictoria Martin, who was in his last undergraduate class atEdinburgh, and who was with him as Edinburgh University staffgathered to watch the announcement at Cern that the Higgs boson hadpossibly been identified.

“I was sitting in front of him, and he seemed quite pleasantlyhappy with the news that was coming out of Cern – I was probablymore excited than he was. He was quietly happy. You never get asense of real excitement – ‘They must find it, please let them findit’ – from him,” says Ian Sample. “He says things like ‘I have tohope my doctor keeps me alive long enough for them to findit.'”

Nearly 50 years after the paper on what was to be the Higgsboson was first rejected, Prof Peach sees a happy symmetry forPeter Higgs, in seeing the world’s largest laboratory prove what heknew was right all along: “One of the things I’d say about Peter isthat his character is completely consistent, and I think the driveto understand how the universe works is also consistent with thedesire to make sure that the universe itself is a fit and decentplace to live.” ‘ 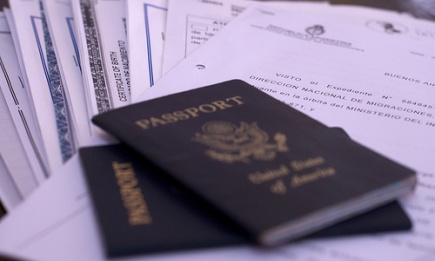 Migration and HE mobility