Nevertheless, the greater focus on interdisciplinary excellencegained popularity over time. This resulted in the establishment ofthe

Inspired by the American approach to higher education, LiberalArts colleges let students choose courses from a variety ofdisciplines, while giving them more time to decide on theirspecialization. Classes are smaller and mostly taught inEnglish.

Unlike other Dutch universities, Liberal Arts colleges alsoimpose entrance requirements with aptitude tests, interviews andmotivation letters being part of the application process. Still,these programs differ in two ways from their American counterparts:tuition fees are lower (around €1800) and students graduate after 3years instead of 4.

In his function as dean of the Roosevelt Academy, Dutch LiberalArts pioneer Hans Adriaansens had great influence on thisphilosophy. To him “excellence is not simply about selectingexcellent students. Rather it is about the responsibility ofuniversities to offer the right context for excellentteaching.”

Messi and Cruyff in a swimming pool

“If you throw Messi, Cruyff and me in a swimming pool, you willsee that they also won’t be able to play better soccer than me. Andthis is because a swimming pool is not the right place where theycan show their talent,” commented Adriaansens during his

This seminar is part of a cooperation between Roosevelt Academyand the Derek Bok Center for Teaching and Learningat Harvard University. Both institutes have close ties with ongoingacademic exchange as in 2009 when Derek Bok visited the academy toteach a Masters class. For next week, Roosevelt Academy hasorganized a farewell ceremony as Hans Adriaansens retired from hisposition as dean. 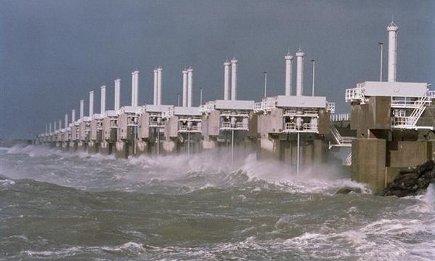