Carpenter conducted psychometric tests testing for two negativecharacter attributes of narcissism: Entitlement/Exploitivenesswhich entails “a sense of deserving respect and a willingness tomanipulate and take advantage of others” and GrandioseExhibitionism (feeling the need to be at the center of attention).The author then surveyed 294 study participants aged between 18 and65 on their Facebook use.

Individuals scoring high on either of these factors morefrequently updated their newsfeeds with status updates, taggedthemselves, and changed their profile picture. They were also morelikely to accept friend requests from strangers and had a tendencyto get easily offended by derogatory comments of others.

Carpenter commented that “if Facebook is to be a place wherepeople go to repair their damaged ego and seek social support, itis vitally important to discover the potentially negativecommunication one might find on Facebook and the kinds of peoplelikely to engage in them. Ideally, people will engage in pro-socialFacebooking rather than anti-social Facebooking.”

The author nevertheless cautions to interpret the link betweennarcissism and Facebook behavior in a causal way. Whether Facebookcreates narcissism or whether narcissism simply finds a platform onFacebook is not clear. The effects measured might also havesomething to do with the sample chosen.

Another U.S. study recently indicated that narcissism mightnot be a particularly healthy character trait either. “Even thoughnarcissists have grandiose self-perceptions, they also have fragileviews of themselves, and often resort to defensive strategies likeaggression when their sense of superiority is threatened.” This maylead to increased blood pressure which is known to be a risk factorfor cardiovascular diseases, e.g. heart attacks. 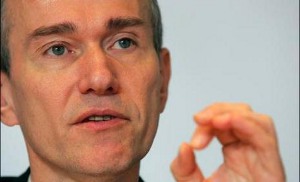