Big money buys friends, which in turn buys influence. This logicis quite common. A recent study of large American corporationscasts a doubtful light on this belief. Researchers from RiceUniversity and Long Island University

Using a sample of S&P1500 firms between 1998 and 2008, theirresearch showed that corporate political giving is negativelyassociated with market performance. Furthermore, corporations thattry to lever political influence by appointing former publicofficials to their boards also exhibited inferior marketperformance, while accounting performance remained the same.

“The view of corporations meddling in politics to the downfallof public interests is nothing new. Since our country’s founding,corporate political activity has been seen as promoting its owninterests and agendas over those of the broader public. This studysimply demonstrates that it might not be quite the return oninvestment that corporate America or the public at large believesit to be,” co-author Doug Schuler commented.

The paper which is set to be published in “Strategic ManagementJournal” put forward 4 reasons which may explain thesefindings.

One qualification is made in the paper, however. Firms active inhighly regulated industries exhibit positive market performancefollowing political gift giving. “We believe this may reflect thecritical role that government can play in controlling resources andlimiting behaviors through its rulemaking and enforcementprocesses, necessitating some level of political activities by theregulated firms,” Schuler argued. 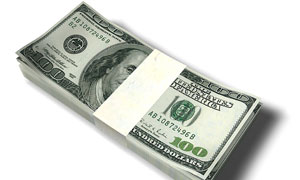